The Workman’s Club are only delighted to bring you a show by the kings of literate rock, Richmond Fontaine on Friday, 29 April. Richmond Fontaine rose to fame in 2004 off the back of their 5th album Post To Wire which went on to sell over 20,000 copies and earned them Album of the Month in UNCUT again happening the following year with The Fitzgerald. The press snowballed with those and the following three albums which saw the band playing Green Man, Primavera, End of the Road Festivals while building a loyal following over the last 11 years.

Now the band have recently released their first album in 5 years, called YOU CAN’T GO BACK. The band’s songwriter, Willy Vlautin says of the album “This record was written for all the guys we know who have hit the wall, are about to hit the wall, or are in the middle of slamming into it, It’s a record about paying the price for the way one’s lived. All of us in RF are at the age where the bill starts coming due for the decisions we’ve made along the way.” Now the band are preparing to tour Europe for the first time as a whole band since 2012.

Recorded and produced in Portland, Oregon by John Askew at Flora Studios, YOU CAN’T GO BACK  features the stalwart line-up of Sean Oldham on drums, Dan Eccles on guitar, and Paul Brainard on pedal steel. Freddy Trujillo joins on bass for his first recording with RF, and long-time friend Jenny Conlee (The Decemberists) plays keyboards with former bassist Dave Harding contributing some guitar after a move to Europe. While the atmosphere is familiar the songwriting is Vlautin’s strongest to date matching his lyrics in depth.  “The idea for the record started with the song Whitey and Me. It’s the story of two cowboy brothers who get their horses sold out from under them by a wayward uncle. They run into the uncle years later, only to find a wrecked man. Even though the brothers hold a lot of animosity towards the uncle they realize there’s no point in kicking someone who’s spent his whole life kicking himself. I’d just written the tune and not much later I was driving around central Nevada, and in the middle of nowhere I came across an old, blind Mustang. As I watched and worried about the horse, I studied his scars and thought about all the hard times he must have had. And now he was left alone to die. After that trip the songs just sorta spilled out. The characters in Wake up Ray, I Got off the Bus, Don’t Skip Out on Me, and Tapped Out in Tulsa are all like that horse: beat up, with nothing but hard miles behind them.” 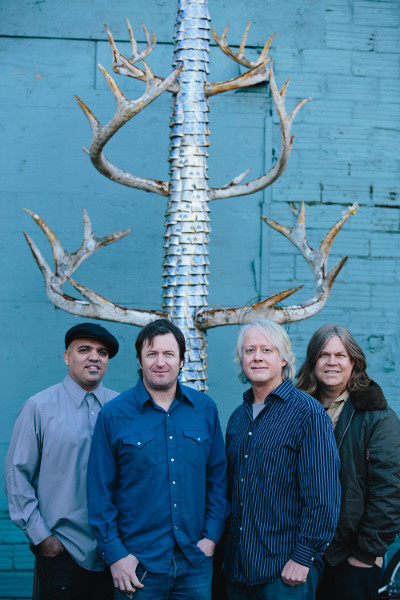