are proud to bring you an end of year double header that is not to be missed. December 29th, 8PM. Tickets €6 in Advance
****************************
Riot Tapes’ Reekus release, ‘Cardinal Rules’, saw the band showcasing a sound driven by infectious alternative hooks, driving beats and Elaine’s standout voice.
Follow up single ‘Hello Insanity’ was released recently and is already receiving high praise.

“A thunderbastard of a new song… Think ‘Heads Will Roll’ by Yeah Yeah Yeahs, it’s that good.” – Joe Donnelly (TXFM)
***************************
The Choir Invisible have been hard at work for the past few months writing their debut album. With new members and new sounds, the time has come to bring things to the stage. It consists of ten new pieces, each radical in its own way, each with a sense of purpose and subversion and theatre: one a gigantic wall of sound arranged around four minutes of dialogue, another a work of elaborate orchestral surprise

“Right up our Boulevard” – Irish Times 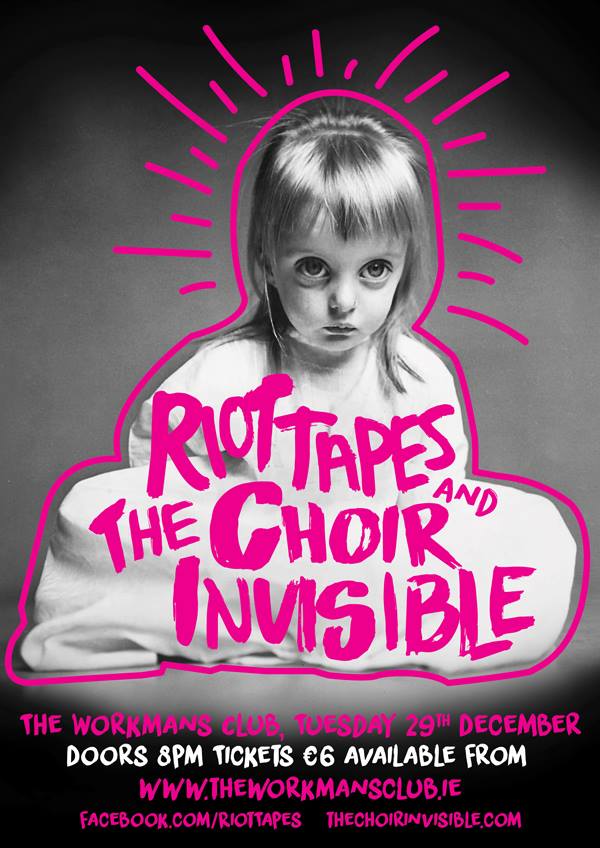