Born in Belfast, raised in Scotland and living in Wexford, Robin James Hurt’s talents as a guitarist, singer and composer have brought him on a rich and varied path, as a solo act and with other artists such as the late legendary Ronnie Drew of the Dubliners, Sinead O’Connor, Finbar Furey, and many others. He has released two albums and three EPs under his own name, as well as playing and recording with many other bands and artists, appearing on national Irish television and having songs featured in several film soundtracks.

Robin has earned international recognition for his unique original compositions and for his re-arrangements of lesser-known folksongs, imbuing them with raw human emotion, yearning, love and righteous anger. His gravel-toned voice and skilled guitar playing combine to create both rousing and soulful songs and melodies.

Robin is a hugely popular live performer who brings a passionate energy to everywhere he plays, from concert halls to international festival stages (such as Glastonbury, Celtic Connections and Electric Picnic) to intimate fire-side pub sessions.

A new album will be recorded in the spring, with regular musical compatriots The Band of Moonlight Love joining Robin in the studio and for selected live dates.

Robin will be touring extensively throughout the year, with concerts being planned in Spain, France, Germany, the Netherlands and the UK as well as all across Ireland.

Following on from its resounding success last year, Robin has been asked once again to curate the most exciting new stage at Electric Picnic – Spike Island – handpicking acts from Ireland and beyond.

Opening this January 24th show in The Vintage Room at the Workman’s Club will be Danny Burns, the acclaimed Donegal singer/songwriter who has recently returned to Ireland from the US with a Rolling Stone magazine-approved album under his belt and a live set not to be missed.

This will be a warm and fresh night of music that will move you, connect with you and let you lose yourself, performed with passion and accompanied with virtuoso guitar playing.

Find out more at robinjameshurt.com

Follow Robin James Hurt on Spotify and watch the social 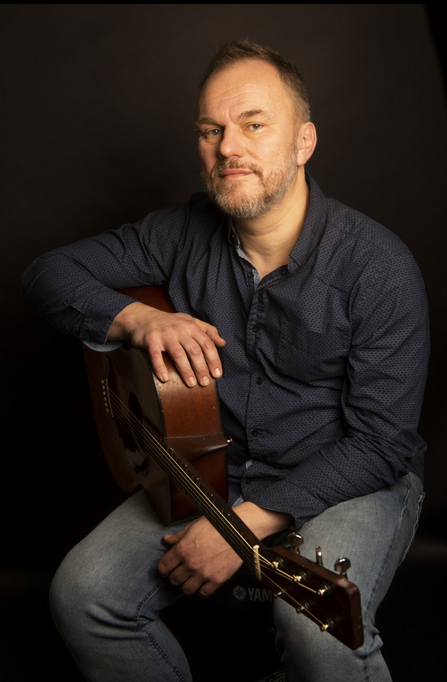