One line, Ireland’s Number One U2 Tribute Band.

They formed whilst working on the award winning film Cardboard Gangsters. Crimes Against composed the original score for the film and God Creative appears in some of the films most intense scenes. The film features 6 unreleased tracks by the group as well as the original score. Between them they cover 85% of the music in the film.

They released their 1st track ‘Give Me Your Pain’ in 2017. The track and video explored themes of suicide and starred IFTA award winning actor John Connnors.

After working on and finishing their debut record in 2017 they released their next single ‘Create Yourself’ in 2018 with a stunning video from director Gerard Walsh with the album expected later this year.

After a long break away. Sean Graham is back. After a highly successful hometown show last August in Belfast. This time due to public demand, The lads come together for two massive back to back shows in their hometown Of Belfast, Then Dublin the very next night for ROCKANOVA.

“No Bullshit, This is our warm up gigs. Glastonbury 2020 main stage is mine. Make no fucking bones about it”.

PLUS SPECIAL GUESTS INCLUDING…

Connor Clark And The Matador Kings, are a band from Aberdeen, Scotland. They started out in 2015, going through numerous members until they found their solid line-up

Since 2015 they’ve played several across Aberdeen and filing up local festival slots. They released their debut demo EP in 2016 featuring great tracks such as “A Place Called Home” and “Once A Pretty Liar” as time goes by their audience grows each gig. 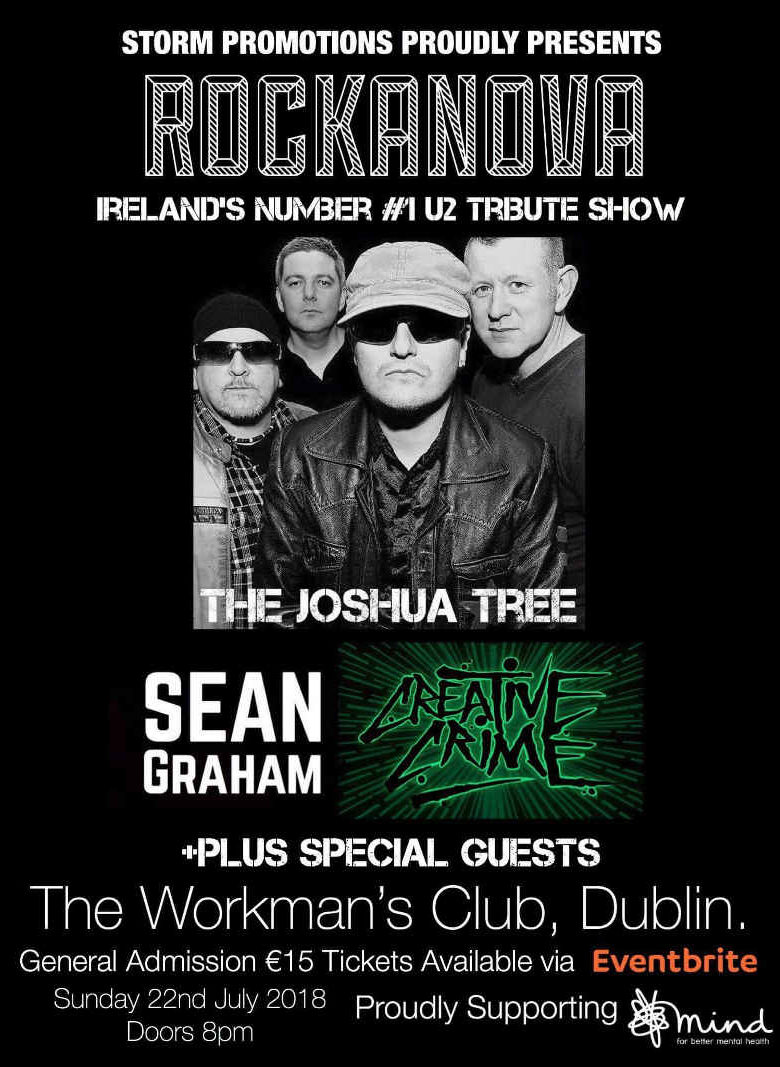