Galway Indie Rock band ROFI JAMES have been gathering a strong following in the west of Ireland and further afield with the success of recent singles ‘Sorry’ and ‘Berlin Wall. The Galway-based indie rock trio have performed with established acts including Ryan Sheridan, Picture This, Wild Youth, Pa Sheehy (Walking On Cars), Hermittage Green, The Stunning, Inhaler and The Riptide Movement. Other notable appearances include performances at Electric Picnic, Fever Pitch and Riverfest Festivals, which Rofi James co-headlined alongside LE GALAXIE and Hermitage Green.Rofi James previous live headline shows include multiple sell out shows in The Loft Venue Galway & The 7 day Galway capital of culture Fire Festival Tour, spanning across the county of Galway (Ireland), with outdoor shows in Clifden, Spiddal, Tuam, Balliansloe, Portumna and Athenry, performing to over 15,000 people, with a closing show in Galway City to approximately 50,000 spectators, which fell victim to the unpredictable Irish weather.
Feeling at home on radio, Rofi James have acquired over 4 Million Impacts on Irish Radio and 250,000 streams on Spotify, with regular airplay on national stations like RTÉ 2FM, iRadio, Beat 102103, Red FM and many other stations further afield in America and Europe.With the band close to finishing their debut album, slated for release in 2022, the band look forward to performing the new material on stage in The Workmans Club Dublin on Thursday April 14th 2022!

Stolen City are a Dublin-based three-piece pop/rock band who pride themselves on their unforgettable live shows.Since the release of debut E.P ‘Stolen City’ two years ago, the young band have worked tirelessly to make their mark on Ireland’s independent music scene, with their upbeat pop-rock sound.Comprising of lead singer Sean McGrath, guitarist David McCabe and drummer Ian Bailey, 2019 was a particularly successful year for Stolen City, that not only saw the band Sell Out 3 Nights Across The Academy 2, Whelan’s Upstairs and Drop Dead Twice but also saw them play a Festival Tour including, Indiependence, Vantastival, Sult Festival & Rock The Yard where they absolutely packed out their stages.Following a whirlwind 2019 the band released their brand new single “The Tower” on January 31st 2020 which took the band to new heights. The single received a lot of media attention after going straight to the top of the iTunes charts, it was then chosen as the “Select Irish Track” across Ireland’s top radio stations, followed by “Record of The Week” on Rte 2fm. This then saw the Music Video for The Tower being premiered by Hotpress Magazine.A quick glimpse at the band’s social platform numbers gives an idea of their steady, but growing, success: their video for song ‘Faces’ has over 80,000 impressions.Building on last year’s momentum, Stolen City are determined to continue their hard work to increase their following and gain further interest. With some major events lined up the band cannot wait to share more venues, music and memories with their fans.

Rowlette is an indie-pop artist. As a solo performer with an acoustic guitar, she is recognised for her powerful vocals, inspirational lyrics and captivating performances. Hailing from Co. Mayo, she has a distinctive yet gripping writing style. Somehow not falling into the typical romance genre, you’re more likely to catch Rowlette singing about topics such as breaking the mould, friendship, embracing ambition and living in the present.   Rowlette’s tracks have received radio play across the country’s radio stations and abroad and was added to several Spotify editorial playlists, as well as coverage across many media outlets, such as RTE, Golden Plec and Hot Press. Her most recent release, Christmas song “December” racked up 5,000 listens on Spotify alone in its first 24 hours.   Well known on the Irish live scene, the pre-pandemic months included Rowlette performing a packed-out headliner in Crowbar last Autumn. She then joined Jack L on his latest tour, impressing audiences across the country in venues such Cork Opera House, Theatre Royal and the Pavillion. Over the pandemic, she’s played live streams with the likes of Mundy, as well as on some blog outlets, including Indie Buddie, AER music and Finbar Hoban Presents 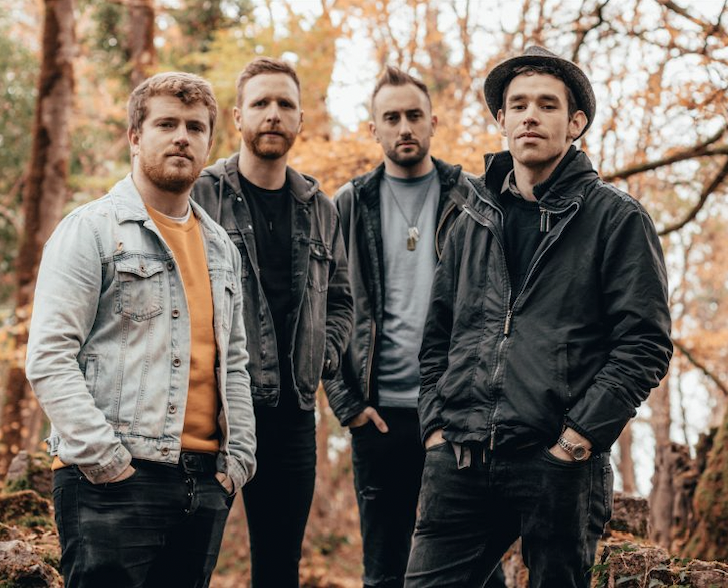