“Rumi” is an Irish singer, songwriter and producer who harvests a sound that blends nostalgic atmosphere and strong beats with shimmering vocals and style, drawing on influences ranging from Electro-Pop to Alternative Rock and everything in between. Rumi honed her craft and musical style during her time at Limerick Institute of Technology where she explored the world of music & tech.

Moi”, Rumi’s latest single and video has been featured by blogger Nialler9 along with Rumi being added to Nialler9’s Irish Times – “Artists to Watch” piece.

The track has garnered a lot of attention over the past month, being chosen as “Track of the Day” by Joe.ie and has also caught the attention of the likes of fellow Limerick native Blindboy who praised it with his plug of the booming Limerick music scene.

Rumi has featured on fellow Limerick native musicians & producers Kodu with the track “Lost”. Which has been described as “a shimmering, warped piece of mellowed out electronica.” Find it featured on playlists by a number of radio stations at this moment.

Rumi has also recently lent her vocals to producer Kubb_ for the progressive-electro track “Wait” which has been described as “dazzling” and “immersive” in its feature on Nialler9’s – “Irish Songs You should Hear This Week” blog.

“The creative scene in Limerick is pure banging at the moment too. This was just released yesterday for instance. Musicians and video directors are all Limerick based.”
— Blindboy Boatclub
“Moi is a craftily assembled dance track, showing a lot of creativity in its dry vocals, detailed hi-hat patterns.”
— Nialler9
“ ‘Moi’ is a very slick and polished production and if you’re a fan of electronic alternative pop music, this will be right up your street.”
— JOE.ie 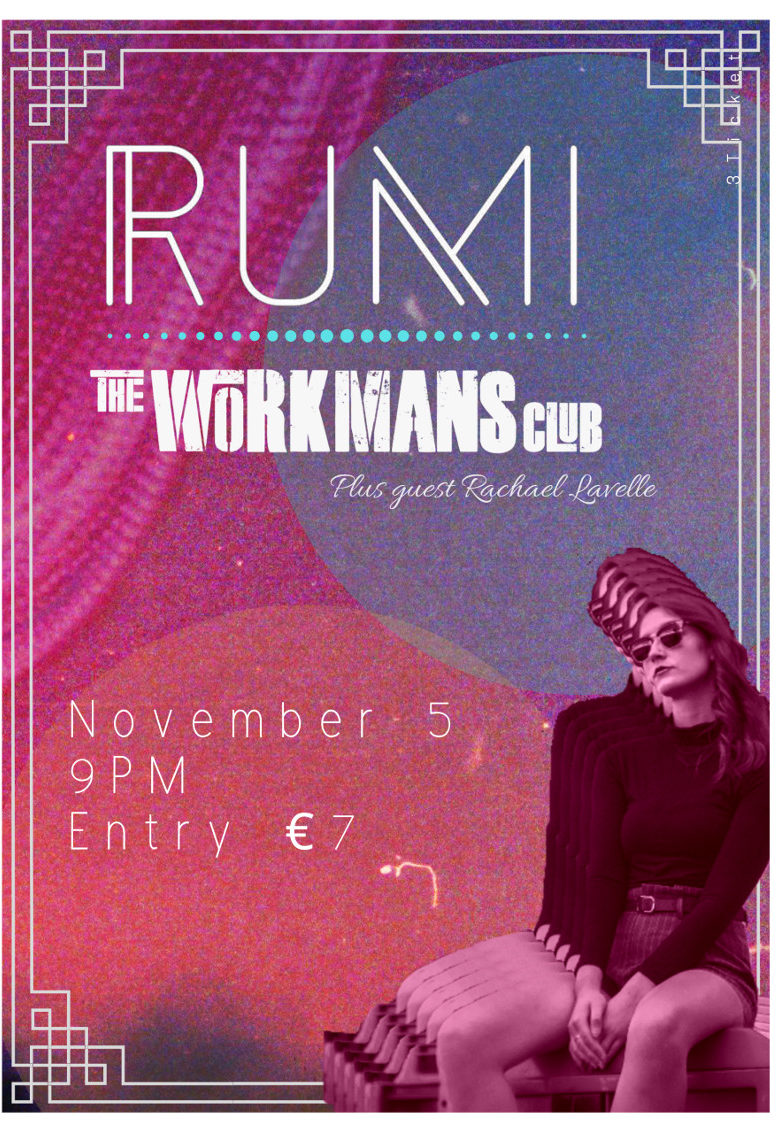