“Startlingly good debut album….a record that nestles beautifully at the point where the digital and analogue worlds collide”

Coming from the West of Ireland but based in London since 2011, Seamus Fogarty released his debut album God Damn You Mountain on revered Scottish indie label Fence Records in 2012.  Hailed by the Irish Times as ‘one of the best Irish albums of recent years’, it led to a slot on the main stage of The Green Man festival in Wales, UK tours with James Yorkston and Malcolm Middleton (Arab Strap) and multiple solo tours around Ireland and Europe.  Closer to home, he has performed with King Creosote & Jon Hopkins in Vicar St, The Electric Picnic, Castlepolooza and Kilkenny Arts festivals and recorded live sessions for Dave Fanning and RTE 1’s The Works.  Built upon a deeply personal foundation of soul-stirring alt-folk, country, blues and electronica, his music has also garnered much praise from the BBC where it has featured heavily across both Radio 3 and BBC 6 Music.  More recently his unique approach to storytelling and sound design found an unlikely home in The Metropolitan Museum of Art in New York as part of a collaboration with experimental opera company Erratica on the installation opera ‘La Celestina’.  For these shows the drama will be kept to a minimum with Seamus being joined by long-time collaborator Emma Smith (David Holmes, Hot Chip & James Yorkston) on violin & bass guitar and renowned UK session drummer Aram Zarikian.  An EP of new songs is due out this summer on new Scottish label Lost Map Records. 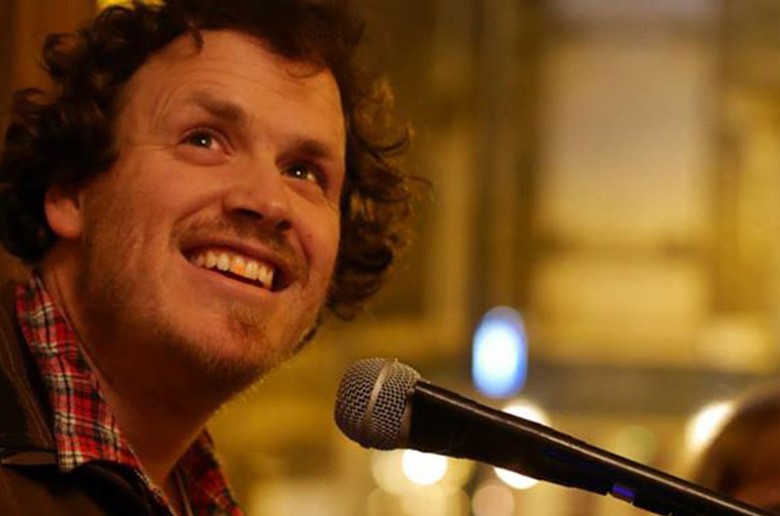