The Season Six gig at The Workman’s Club is to mark the launch of the band’s first ever single. The song, ‘Doorless Room’ will come out on Spotify and all streaming platforms on March 10th and will be the first in a series of singles leading to an album launch later this year.

The band have been very busy in the studio working on the album and like many other bands haven’t played a live gig in far too long. This will be their first since their headline show at Whelan’s in November 2021.

In January the band released a video, of their track Nobody knows, inspired by the sense of uncertainty during the first wave of the pandemic. You can check out the live video below.

Influences include: Radiohead, The Stone Roses, Arctic Monkeys, Kings of Leon, The National, The Clash, Rolling Stones, Liam Gallagher and many more.

Support on the night from the Homesick Gypsies 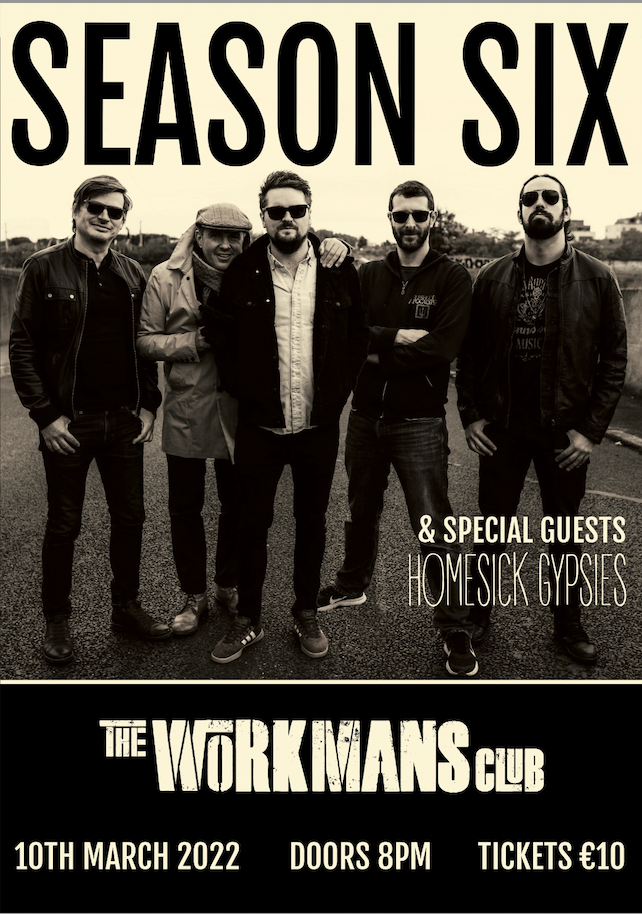