Secret Cellar are running a free Halloween acoustic gig in the Vintage Rooms at the Workman’s Club Dublin 2 on Saturday the 27th of October from 8pm.

We have an excellent line up and the night will include some spoken word/performance from Dublin based actor Daniel Mahony from award winning short film ‘Jaffa’. Fancy Dress is welcome and best dressed will win a bottle of bubbly and 2 tickets to punk duo Vulpynes launch in Whelan’s on Nov 2nd.

‘Seats are limited so get down early!
Here’s Bayonets dark haunting video for ‘This Old Coast’ to get people in the festive mood.

Kevin Nolan –
Dublin-born singer-composer-author Kevin Nolan is known for a dark, theatrical style, and dramatic tour de force. After the success of his debut album ‘Fredrick & the Golden Dawn’, released in 2014 to European critical acclaim, Nolan returned to his studio to make his next album. However, knee-deep into the second album, he decided to pause and cast his eye back at the recordings he made before ‘Fredrick’, that he himself had not listened to since he began work on the debut in 2006.

Jem Mitchell –
Jem Mitchell is a singer/songwriter from North East Dublin, having fronted numerous alternative rock bands in the late 80’s/early 90’s Mitchell has settled into a more sedate genre of music which has been described as alt country, a term which Mitchell is not uncomfortable with. Mining a rich seam of country, blues and Americana Mitchells’ songs touch on the dark underbelly of society, death, addiction and lost love. His music is augmented by guitar virtuoso Ken Browne, a long time friend and collaborator.

Bayonets –
Bayonets is a solo project created by Kerry musician and songwriter Vinnie Flynn. His style is a mix of alternative rock, indie, blues, and folk.
Vinnie is also working with a music publishing company based in the U.S. that is currently pitching one of his tracks to three prime time TV shows.
His new set hints at a beloved dark thread with an interesting twist. Every track hums with a sense of pure originality and haunting intrigue. Vinnie has a string of gigs lined up for 2018, including some UK appearances.
Vinnie is currently busy in the studio recording his album. His debut single Slow Burning Fire was released in June 2017 with Hot Press Magazine and has recently made joe.ie’s song of day. The track is also getting regular radio play on RTE’s 2fm. The single is available across all major platforms. Vinnie also just released another single and video in March 2018, This Old Coast.

Edwin T Wright –
Having locked himself away in an old caravan with only his guitar for company in deepest West Kerry, Edwin t Wright presents a selection of songs from his forthcoming EP 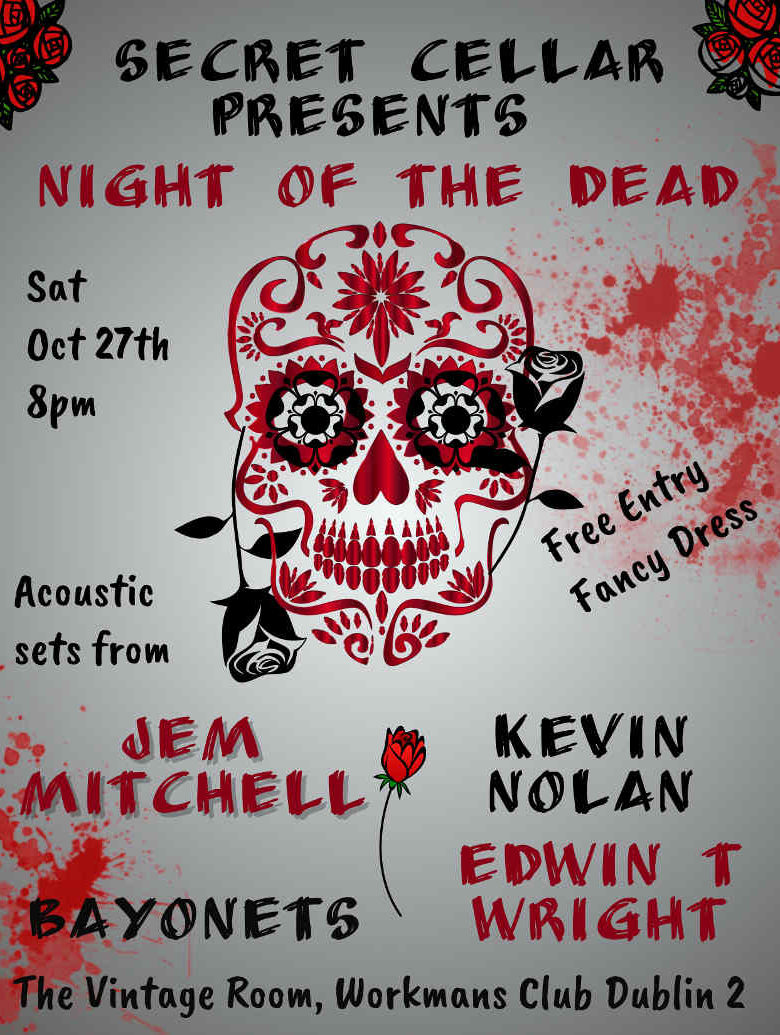