JMSN has just announced a string of headline tour dates across North America and Europe, including his debut Irish date at The Workmans Club on Saturday 24 November 2018, in support of his sixth independently-released studio album ‘Velvet’. Tickets priced €14 plus booking fee are on sale now from www.Ticketbooth.eu – https://events.ticketbooth.eu/event/jmsn-workmansclub.

Hailing from Detroit, Kendrick Lamar protégé JMSN has emerged on the international stage as one of the music industry’s most sought-after performers and producers. The success of his freshman album ‘Priscilla’ captured the attention of platinum-selling artist Usher and landed JMSN slots on Kendrick Lamar’s groundbreaking ‘Good Kid M.A.A.D. City’ album. JMSN’s impressive talents have been tapped by the likes of Kendrick Lamar, Game, Mac Miller, J. Cole, Tyga, Ab-Soul, Kaytranada, Ta-ku, and many more. He has built a reputation for himself through his unforgettable live performances and his trademark sounds, garnering nods from R&B/Soul legends, such as Puff Daddy, Usher, and founding member of The Commodores, Thomas McClary.

JMSN has just dropped his second single “Talk is Cheap” from his forthcoming album ‘Velvet’ released September 2018. The single will surely land itself upon countless Sexy Summer playlists with it’s steamy, pulsing groove underscoring JMSN’s refreshing falsetto vocals. Ad libs from cohort Joey Fatts are sprinkled throughout punctuating JMSN’s frustration with false talk and empty promises. Picture yourself cruising in a drop-top with the California sun setting over the Pacific – this is the track you’d be blasting on repeat.
Once again, JMSN has stuck to his guns by writing, recording, producing, and mixing “Talk is Cheap” himself in his famed White Room Studios. This new single sets the stage for JMSN’s much-anticipated follow-up album to 2017’s Whatever Makes U Happy. This next musical chapter, entitled Velvet, will surely set a new standard for silky smooth R&B/Soul music to come.

Tickets for JMSN at The Workmans Club on Saturday 24 November are on sale now! 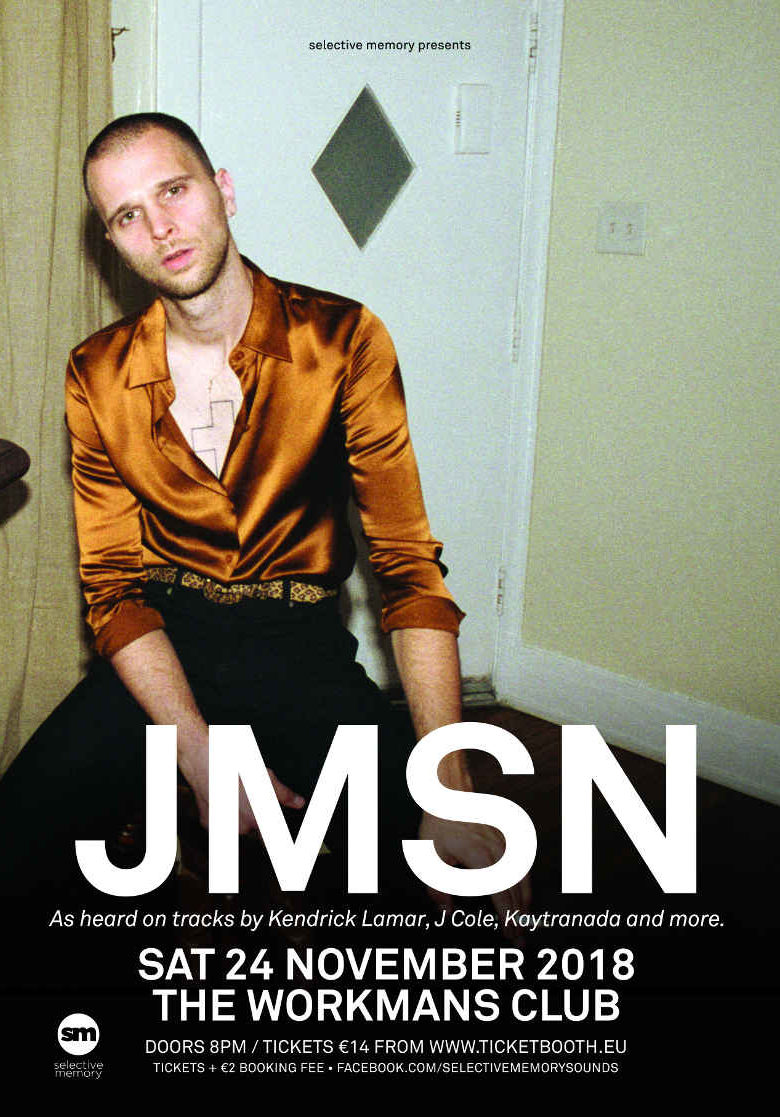