Following the Furries Sold Out show at The Olympia on the same night, we’ll be welcoming ACID CASUALS to our place for an after party that’ll be one not to miss.

From 11:30 bells on Thursday, 1 December, ACID CASUALS featuring Cian Ciaran, keyboardist AND all ‘round SFA legend will be spinning tunes until the wee hours at The Workman’s Club.

If you’ve got tickets to the Olympia gig, then here’s an opportunity to make sure you keep the party going down at our gaff. If you don’t have tickets, grab an after show ticket and head into us for a dance!

Tickets go on sale this Monday 17th October at 9am and are priced at a very tidy €10. 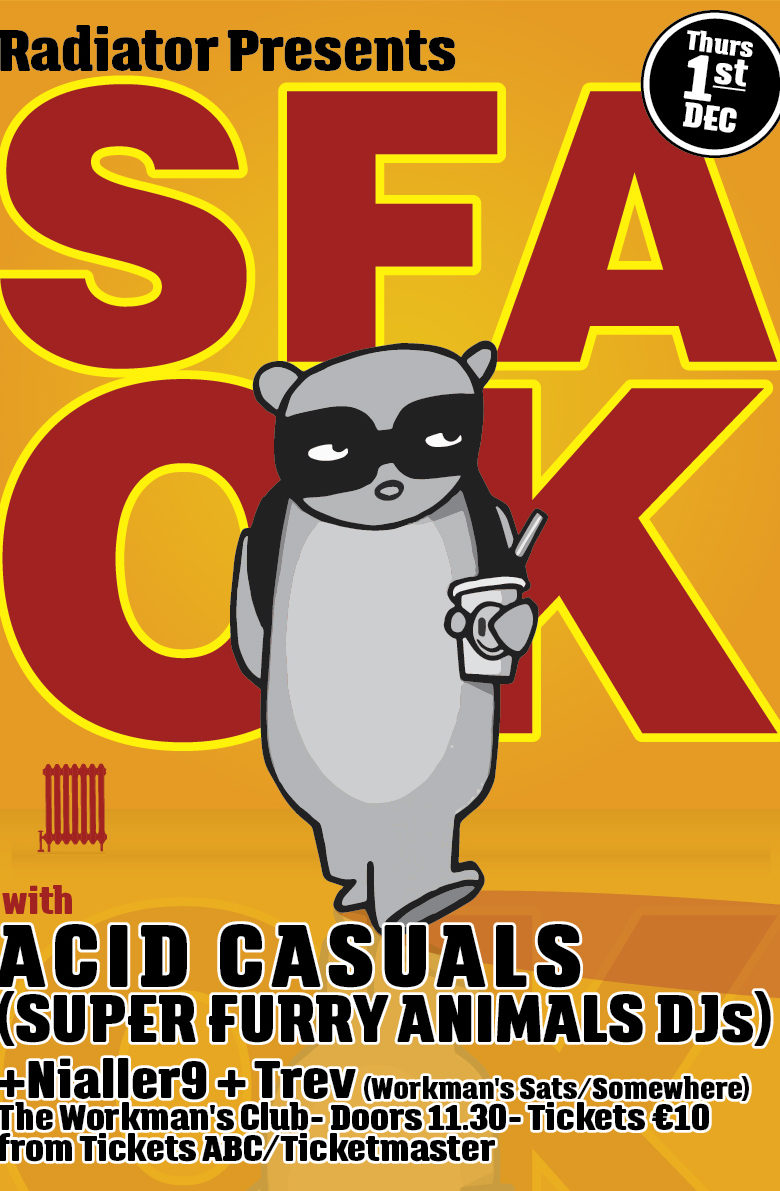