Shobsy is a performer and songwriter from Dublin, Ireland who is about to embark on a solo career.

Early songs sound like a love child of a one night stand between the Weeknd & A-ha intermixed with the live performance and theatrics of Christine and the Queens.

Already after just a number of live stream performances Shobsy is making waves in industry circles and his debut single due on January 29th is eagerly awaited.

Previously lead singer in acclaimed Irish band State Lights who enjoyed considerable success including numerous Electric Picnic and Late Late show appearances and AirPlay on international stations like KROQ (US) and Radio X (UK), Shobsy has spent the past 12 months locked away honing his sound and his stagecraft.

“With powerhouse vocals that rival the enchanting beauty of Freddie Mercury and George Michael, Shobsy writes songs that send your spirits soaring” 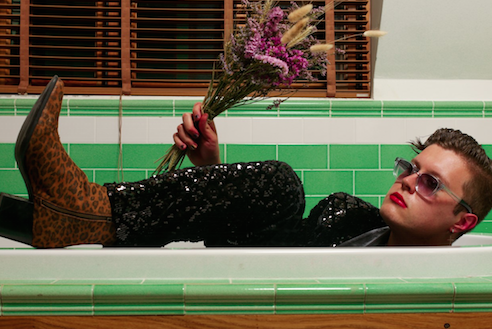