Simone Felice, the singer-songwriter/record-producer from deep in the Catskills, has announced the release of his new album The Projector on April 13, 2018 via New York Pro.

The first single to be released from the record is album opener and title track ‘The Projector’, premiering today on the Line of Best Fit. Spectral, almost skeletal at first, before the man’s resonant voice and spartan guitar are joined by shiversome choral vocals from Bat For Lashes’ Natasha Khan and haunted folktronica from Four Tet. Felice counts London’s genre-surfing experimentalist as both close friend and neighbour. The track is a hallucinatory walk through the backrooms and hallways of modern human paranoia and tech-induced loneliness, as the warped choir sings: ‘All the while you felt so alone/but all the while there were bugs in the phone and you were not alone.’

Listen to ‘The Projector’ HERE.

Up in the Catskill Mountains, Simone Felice was thinking. Considering the roads he’d taken, and also the roads that had taken him.

Riding the train down from the Catskills to New York City’s slam-poetry scene in 1998, a callow “tone-deaf” kid with little musical skills but verse in his heart. Forming a band with his brothers in 2005 and travelling the world. Hitting Number One in the US and UK with one production collaborator (The Lumineers’ Cleopatra, 2016), scoring a Mercury Music Prize nomination (Bat For Lashes’ The Bride, 2016) with another, striding into another side of 2018 with yet another (Peace, the Midlands band whose Kindness Is The New Rock And Roll bursts forth this spring).

“I’ve been down the track,” says The Felice Brother turned solo artist, putting it mildly.

“So often artists are looking to what they’re doing next, or are stuck in where they are today,” Felice thinks. “Sometimes we forget to honour our history.”

“It speaks to my journey,” he begins. Back in the mid-Nineties, cresting out of his teens, he’d read at the Nuyorican Poets Café, a vital scene best exemplified by Saul Williams.

“I became a stand-up riddler, reciting my poems from napkins or from memory, it’s how I cut my teeth. For me this was the beginning of understating the diabolical alchemy of the English language, the rhymes, the pictures you can paint, both terrible and fair, or as Patti Smith calls it: “… a string of words more precious than the emeralds of Cortés.”

Lights down, curtain up, flickering camera on: this is the world of The Projector. It’s a handcrafted album of lone guitars echoing in the twilight, nocturnal electronics and woodsy vocals in which you can hear and feel the grain. Of scenes and moods, shouts and cries and pleas, interweaving narratives lovingly birthed in Simone’s native woods, (with longtime recording collaborators David Baron, Pete Hanlon and James Felice) not far from the Kaaterskill Creek upon which he himself was born.

Our woodsy auteur will be coming down from the mountain this spring, travelling to the UK and Europe, one man and his guitar and his store of stories, for a series of evenings with Simone Felice. This Projector won’t be hitting any multiplexes, but it will be unspooling in a run of bespoke venues – special environments for very special songs where, if you listen carefully, you just might sense something so emotional and true it’s, well, cardiac.

“Since my surgery you can hear my heart ticking,” says Felice. He means it literally but, sure, we can take it figuratively, too. “If you’re in the room with me I’m the crocodile who swallowed the pocket watch. For a few years I’d try to dampen the sound when we made recording in the studio. But I’ve given up on that. If you listen closely you’ll hear it when things go quiet. You might mistake it for a metronome that’s off-time. But it’s not. It’s just my achy breaky heart.” 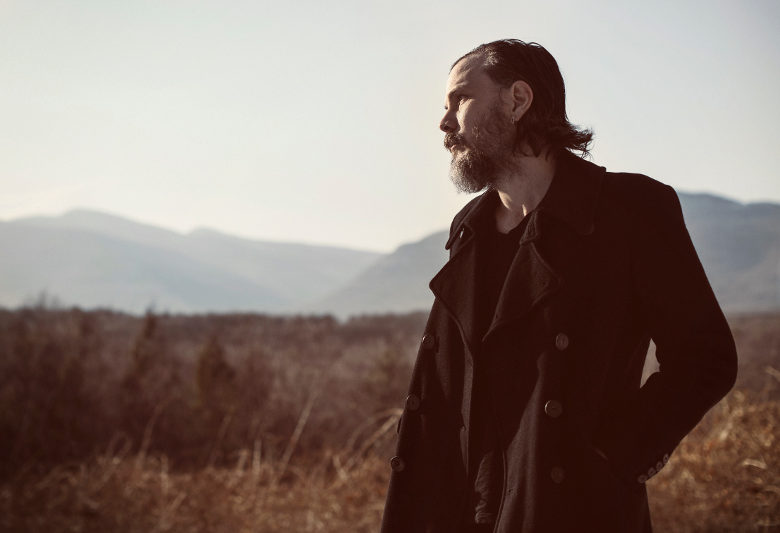