AND SO I WATCH YOU FROM AFAR

Earlier this year, legendary Northern Ireland based instrumental outfit And So I Watch You From Afar released their ambitious upcoming multimedia album Jettison, via Velocity Records in partnership with Equal Vision Records. Through 40 minutes of sonic exploration spread across nine distinct parts and a visual accompaniment by artist Sam Wiehl, Jettison traverses the various shades of ASIWYFA’s euphoric instrumental output. The Arco String Quartet adds moments of ethereal elegance, juxtaposed against cryptic dialogue by Emma Ruth Rundle and Neil Fallon throughout the album, which is available to order here.

On the scope of their latest work, the band had this to say:

“Nothing in our repertoire comes close to the ambition of this latest project—the multimedia piece Jettison. The album is a memorable experience that transports the listener away from the tumultuous times and into a blissful musical utopia.”

The band will embark on a headlining tour supporting Jettison across Europe and the UK early next year, a full itinerary is available below. You can order the album here.

Ireland’s instrumental rock quartet And So I Watch You From Afar has defied the layman’s definition of post-rock by absorbing new ideas and pushing the boundaries of their intricate and ecstatic guitar-based compositions. Crashing out of the gate with the big-riff worship and arena-level melodic heroics of their eponymous debut, ASIWYFA have continuously introduced new spins on their original sound while simultaneously expanding their sonic palette with every new album, taking in and repurposing everything from African highlife to Irish trad to the weirdo math-rock of the late ‘90s / early ‘00s. Their upcoming multi-media piece Jettison was conceived by And So I Watch You From Afar’s guitarist Rory Friers and brought to life by the band, orchestrator Connor O’Boyle, the Arco String Quartet, and visual artist Sam Wiehl. Jettison is a fusion of ASIWYFA’s life-affirming musical acrobatics, the sweeping grandeur of film scores, and the surreal and sublime capabilities of moving pictures

Connect with And So I Watch You From Afar 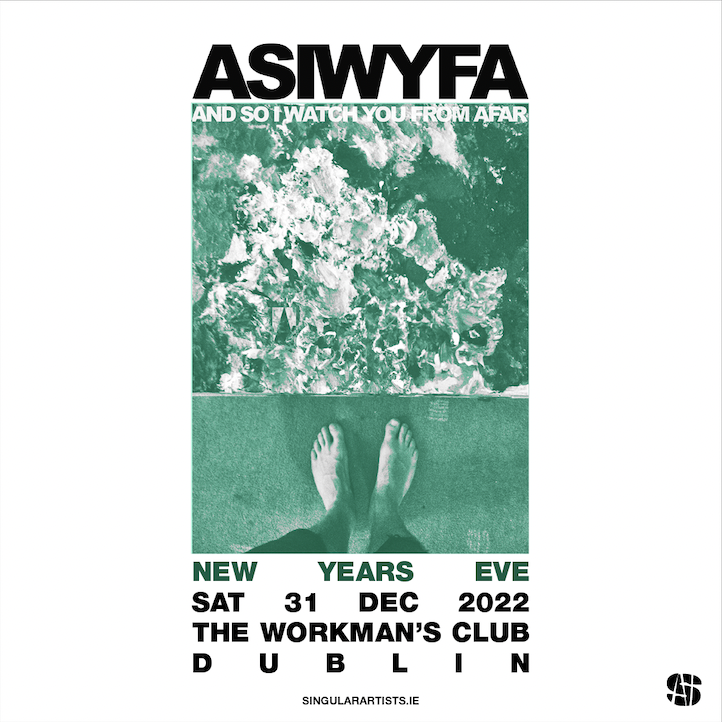