Billy Nomates reschedules her upcoming show at The Workman’s Club

All purchased tickets will remain valid for new date

“Billy Nomates definitely affirms the power of refusal in this stark, bassy cut.” The Guardian

“She’s a fierce talent, and a fascinating one too.” The Sunday Times

“dial into one of Britain’s most distinctive new voices”  NME

Billy Nomates releases her new EP ‘Emergency Telephone’ on Inavda Records.  Following on from her incredible performance with Sleaford Mods on Later with Jools.

Billy Nomates will be performing live at The Workman’s Club, Dublin on 26th October 2021 All purchased tickets for shows will remain valid for the new date. Tickets are available from Friday, 12th March at 9am from Tickets.ie.

With huge support from BBC 6Music, the year came to a climax when she was asked by Iggy Pop to step into his shoes to cover his Christmas show, together with featuring on the new Sleaford Mods single ‘Mork n Mindy’ Billy Nomates has proved herself to be one of the most original and respected new artists coming through this year. 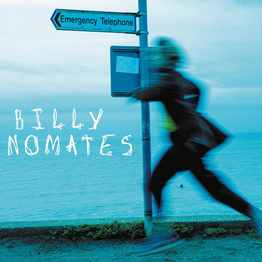