To celebrate the release of their ambitious single “2002” (produced by Gabe Wax), accompanied by a moody, volatile video directed by John Peterson, Enumclaw announces a debut Irish show at The Workman’s Club, Cellar, 3rd May ‘22.

The band also shared the announcement of their signing to Luminelle Recordings. Recently off the road with shoegaze act Nothing, Enumclaw will now be touring the west coast supporting Naked Giants, followed by their first SXSW.

They’ll then will hop over to UK & Europe this spring – including festival plays at The Great Escape & London calling + select shows with Illuminati Hotties.

Lead-member Aramis Johnson states that the track is “...already platinum. I think we’re gonna recoup the whole advance from 2002.”

“When we were about to shoot the “Fast N All” video someone called me a narcissist and it made me have a panic attack. Once I calmed down I wrote “2002” kinda trying to be sarcastic about how I wake up everyday and try to be the worst possible human. Then when I talked to John the director, I wanted to communicate in the video a chaotic feel and how I wanted to take that narcissist perspective and put it into the spirit of the visual and song.”

“Aramis, the vocalist, is a co-founder of one of the Puget Sound area’s most renowned rap parties, and he sings with the casual deliberateness of a connoisseur who knows how Playboi Carti can steal a song by repeating just one word. Blown-out guitars and languid beats conjure a sort of dingy, Pacific Northwest shoegaze.”

“…I’ll be damned if my brain didn’t scream real ‘PNW shit’ in the Trap-a-Holics voice the second I heard Enumclaw’s debut single, “Fast N All.” “

“There’s nothing more exciting than a band that can bottle lightning while retaining so much room to grow.” 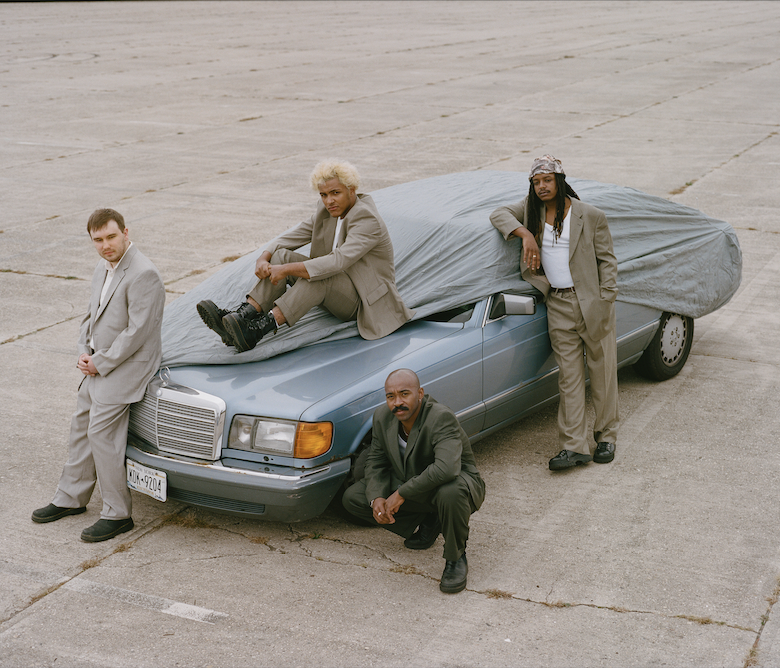