Dublin singer-songwriter Eoin Glackin will showcase material from his new album in a live setting on 16th July in the Workman’s Club Cellar. Tickets will go on sale Wednesday, 1st June at 10am.

Eoin Glackin heads back into the recording studio this summer to record his, as yet untitled, new album. The new album aims to build on his recent well-received run of singles (including ‘Before the Rain’ and ‘How Quick the World Can Change’), and past long-players like the roots-rock flavoured ‘Fires of Innocence’ and ‘Rain Finally Came.’ The latter of which urged megastar Ed Sheeran to declare Glackin was “smashing it.”

Glackin, whose new songs draw influence from the realms of folk and blues, had an unlikely start to his song-writing career.

Describing himself as an “easily distracted kid,” music became a focus and meditation from a young age: “The first song I wrote was actually to get out of doing homework. I must have been 8 or 9. We had to write an essay on something but I figured I might get away with just writing a few lines and putting them to music. Believe it or not, it worked and my teacher accepted it. So that was that, no looking back!”

In the years since that fateful homework assignment Glackin has written and toured relentlessly, sharing the stage with legends from The Darkness to Joan Armatrading, Midge Ure to Aslan.

“The one-man band live set-up that I’ve been touring over the last few years, even pre-pandemic, definitely feeds into the sound and feel of the new songs. I’m excited to bring that out on the new recordings and on-stage at the Workman’s in July,” Glackin says

“It’s modern blues, I really like that” – Mark Radcliffe, BBC 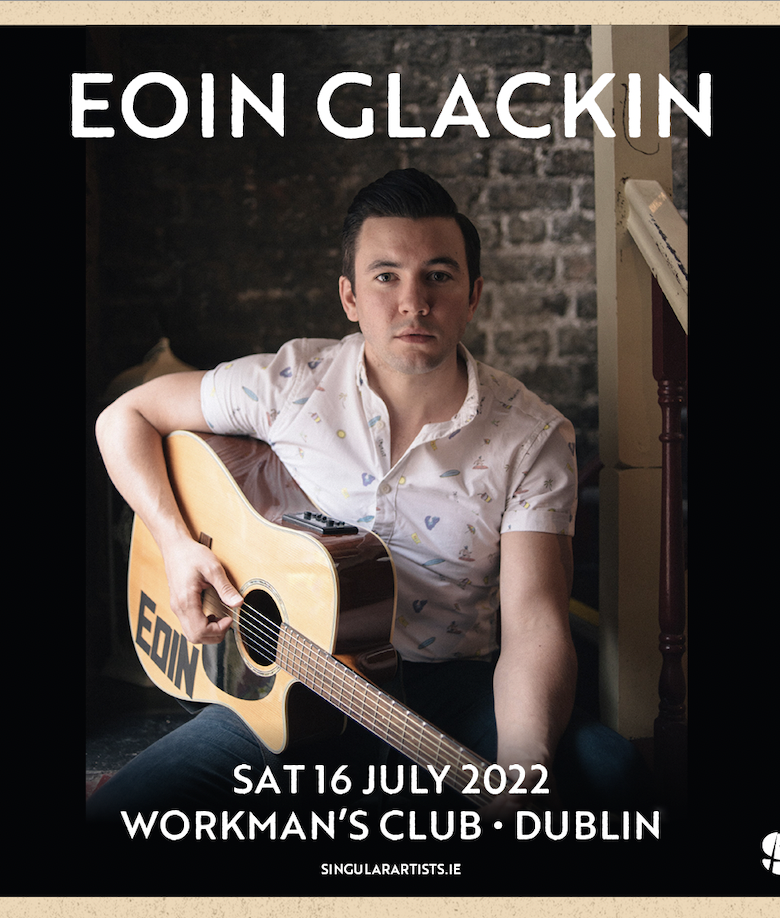