Strictly embargoed until: Wed 9th June at 9am

Tickets €15.00 on sale this Friday at 9am from Ticketmaster.ie

Their debut EP ‘monochrome blue’ is due out 1st September on Akira Records.

Following the announcement of the band’s signing to Akira Records (Henry Green, Zola Blood, Shura, CHINAH), modernlove are delighted to announce a headline show live at The Workman’s Club Cellar, Friday 5th November 2021.  Tickets are available from Friday, 11th June at 9am from Ticketmaster.ie. Proudly brought to you by Singular Artists.

Their debut EP ‘monochrome blue’ is due out 1st September on Akira Records.

Barry, Cian, Danny and Graham of Drogheda have already nailed their sound; they deliver polished, indie-pop with a glossy ‘90s sheen and intricate details.

Radio has come via 2FM, BBC Ulster, XS Manchester, Across the Line and Radio X. 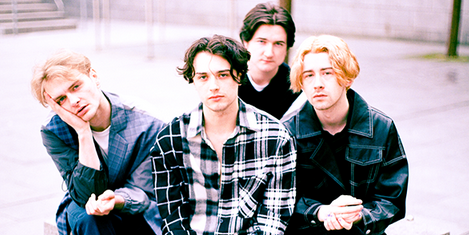