“Akin to the golden age of hip-hop” – Dummy

“A real meeting of masterminds” – Dork

‘93’ draws on Jukes and Barney’s mutual adoration of early ’90s hip-hop, breathing new life into the sound of a classic era via Jukes’ fresh production. Barney’s energy never drops below 110% as he channels rap heroes like Q-Tip, Rakim, Phife, Nas and Guru. His slick, vibrant delivery bounces in perfect synergy with his producer, as the pair prove once again that their potential as a duo is boundless.

Mr Jukes says: “It’s incredible how many great records came out in 93… from The Roots’ debut Organix to Enter the 36 Chambers by Wu-Tang…Tribe’s Midnight Marauders…Cypress Hill’s Black Sunday. We wanted to pay tribute to this magical year of hip-hop.”

Barney Artist says: “Me and Jack made ‘93’ after binge listening to loads of golden era hip-hop whilst on tour.. we realised that a lot of the albums were released in 1993.. we really wanted to pay homage in our own unique way to the greats that came before.”

Mr Jukes is the solo moniker of Bombay Bicycle Club frontman Jack Steadman, who released his first solo album, God First, in 2017. The album featured contributions from legends such as Charles Bradley, De La Soul and Horace Andy, alongside a collaboration with Barney Artist, who Jack had quite simply stumbled upon on a Spotify playlist and never forgotten. The track was a standout and planted the seed for The Locket, a full length Jukes & Barney collaborative project released in 2021.

Barney’s music takes the vibrance of jazz infused hip-hop but with a London feel.  Growing up in Forest Gate, East London, Barney balances conscious themes with old school grooves to create something instantly likeable, like the artist. He’s a larger than life presence, fun to be around and a searing, peerless talent too. A collaborator by nature, Barney grew up around Tiana Major9 and Jay Prince and has made music with Tom Misch, Loyle Carner, Alfa Mist and Jordan Rakei. 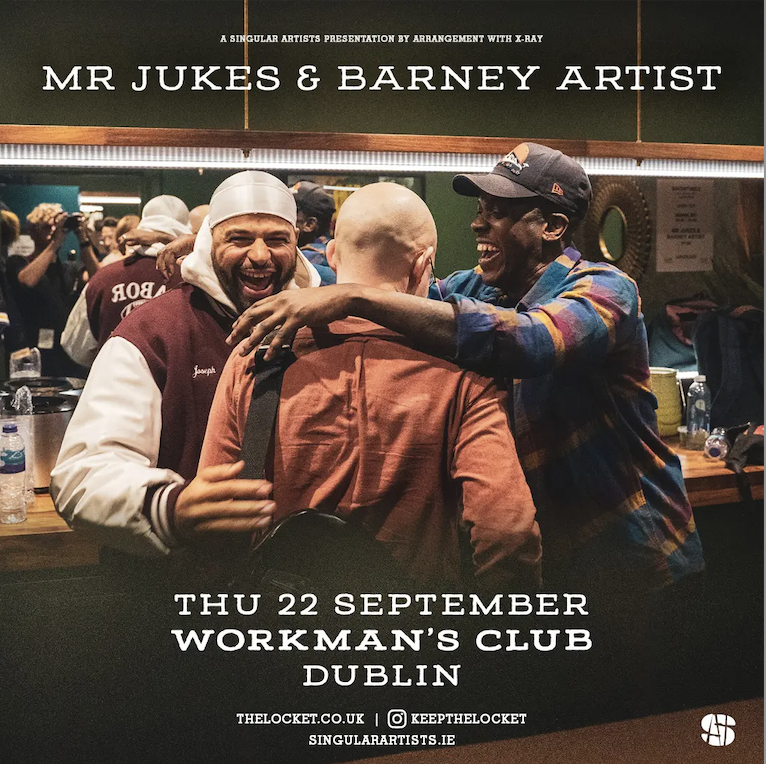