Celebrating their album release ‘We Begin in Darkness’ Sive will perform live at The Workman’s Club, 19th May 2022, proudly presented by Singular Artists. Tickets will be available from www.singularartists.ie this Friday 11th March at 10am.

The album is centred around the interplay between dark and light that we constantly maneuver as humans. The songs lean into themes of place, death, judgement, anxiety, mythology, and what it is to live in a body, and in the end emerge with the perspective that dark and light are two sides of the same ever-turning coin.

Recorded mostly at home, it was co-produced by Matt Harris (VETA) and is an album that formally confirms Sive’s place within the folk scene, establishing her as a contemporary folk artist to take notice of. Recently supported heavily on nationwide radio in Ireland, previously released tracks have been championed across the likes of RTE 1 Recommended playlist, Spin 1038 One To Watch, Folk Radio UK, as well as earning her an invitation to appear as a special guest on recent episode of Panti Bliss’ ‘The Panti Personals’.

With appearances in the diary for First Fortnight, Claremorris Folk Festival, Tradfest 2022, SOLO Song Circle as well as her album launch show for 19th May 2022 at The Workman’s Club, this year is bound to be the year of Sive, and the stunning album ‘We Begin in Darkness’.

Will be available to pre-order directly from Sive’s website : https://www.sivemusic.com/

“An increasingly special folk-adjacent creator full of promise and, more than anything, a message.” 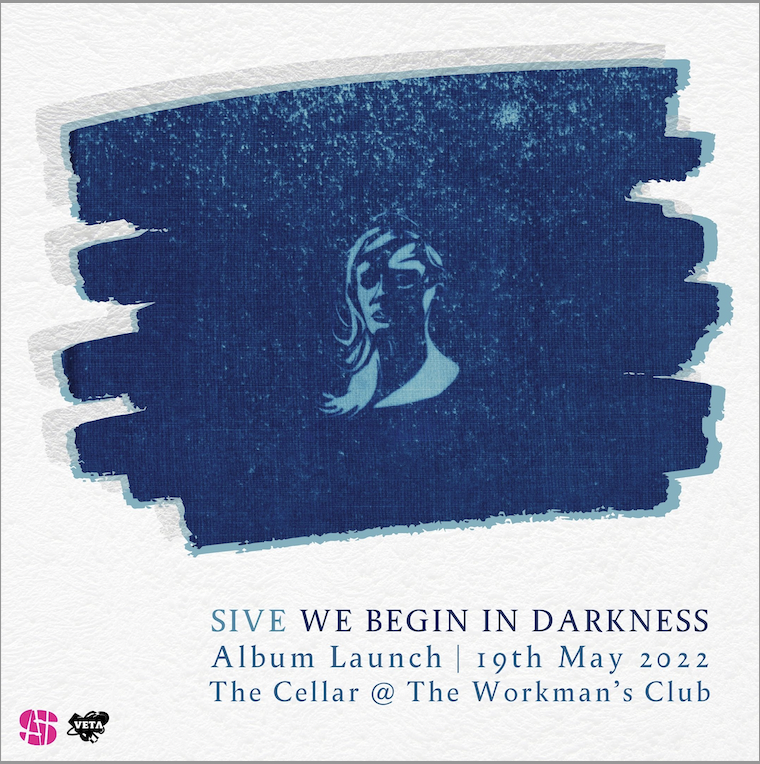