The Districts are a four-piece indie rock band from the small town of Lititz, Pennsylvania. The group formed in 2009 while members Rob Grote, Mark Larson, Connor Jacobus, and Braden Lawrence were all still in high school. The prolific young band released their first EP, Kitchen Songs, in 2011 followed by Telephone, their debut full-length, the following year. Their second EP, the more acoustic-leaning While You Were in Honesdale, was released in late 2012 and the band continued to perform regionally. Their mix of jangly indie Americana and blues-inspired rock caught the attention of Mississippi’s Fat Possum Records, which signed the Districts in 2013. In January 2014 Fat Possum issues the band’s self-titled third EP, which contained three remastered songs from their Telephone album along with two newly recorded tracks. 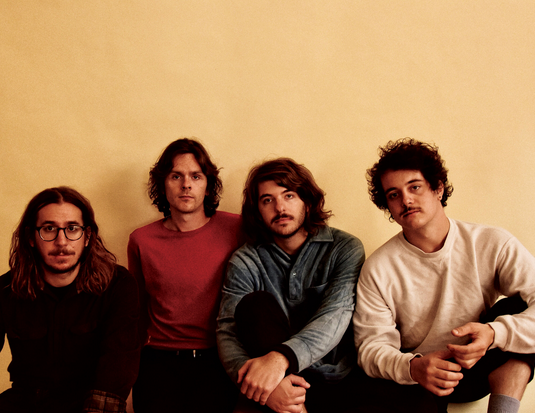