Having released his debut solo album ‘Blink’ in February of this year, Paul Savage (former O Emperor) is set to make his live debut with new solo venture Whozyerman? this Autumn.

Performing in Workman’s Cellar, Dublin 28th September, tickets will go on sale this Friday at 10am from singularartists.ie

To mark these shows (and belated album launch), a once-off  limited edition run of 40 Lathe-Cut 12″ vinyl of ‘Blink’ will be on sale exclusively at the two shows.

As the frontman of acclaimed, RTÉ Choice Music Prize-winning band O Emperor, Paul Savage emerged as one of Ireland’s most distinctive songwriting voices. On ‘Blink’, his debut solo LP as Whozyerman?, he underscores his status as a singular auteur. Whittled down and crafted from over 100 jams recorded after relocating to Wicklow coastal town Bray in late 2018, the album doubles as a Technicolour, genre-warping trip.

Heavily inspired by the oddness and solace of time and place, Blink is equal parts liminal and luminous. Hitting like a guided tour to strange—and strangely comforting—days, Savage ekes out majesty from the everyday. Across ten tracks blurring the lines between balmy electronica, forward-pushing kosmiche and beyond, the shift and solitude brought about by lockdown pushed Savage’s focus into a space where recording became less about writing songs with an end goal in mind, and more of what he calls “therapeutic meditation”. The end result is nothing short of visionary.

From the woozy push-and-pull of opener ‘Time And Time Again’, to current single ‘The Year (….)’, songs written as a form of refuge play out as sublime, and occasionally surreal vignettes where place—and spaces in between—assume deeper meaning. Here, something as seemingly throwaway as train travel veers into subtle, transcendent territory. “During lockdown there was the further novelty of the ‘end of days’ to comprehend during my aimless yet strangely content wanderings around the streets and hills of Bray,”says Savage. “And having moved to Bray, many a pleasant journey was spent looking out the window over Dublin bay traveling on the Dart. It’s no surprise that trains, horizons, windows and people watching feature throughout the album’s themes.”

Largely mixed by O Emperor drummer Brendan Fennessy—who also features on highlights such as ‘A Step Back’—evokes everything from Cluster and Animal Collective, to Sun Araw (‘Why What?’) and Lemon Jelly (‘All The Time To Kill’). In the span of 35 minutes, it strikes a midpoint between prismatic bedroom pop and full-blown psychedelia. A wonderfully widescreen highlight, ‘BlurBlob,’ meanwhile, gets to the crux of a quandary all too familiar to independent Irish artists. “The continuous line of ‘Are you still doing the music?’ started out as whimsically borrowing a phrase many musicians or artists get asked during family gatherings or meeting old acquaintances,” says Savage. “But two years later, with endless restrictions and the continuous shutting down of the arts, its original good natured meaning has sadly ironically changed.”

While it’s a many-layered thing, navigating inner and outer worlds, the essence of Blink can be seen in its cover artwork. Based on a photo that captures the view from Savage’s bedroom while he recorded the album, its blurred, dusky energy taps into an unrepeatable time and place woven throughout these songs. “It reminds me not only of the comfort the space gave me during strange times, but there’s also a haziness to it that I think captures a mind’s eye memory,” says Savage. “It’s a period that’s currently fresh in my recent past and clearly defined for me through location, restrictions, seismic events etc. and now, on a more personal level, this album. But like everything, time will grow over it and soften it to feel like it happened and passed by in the blink of an eye.” 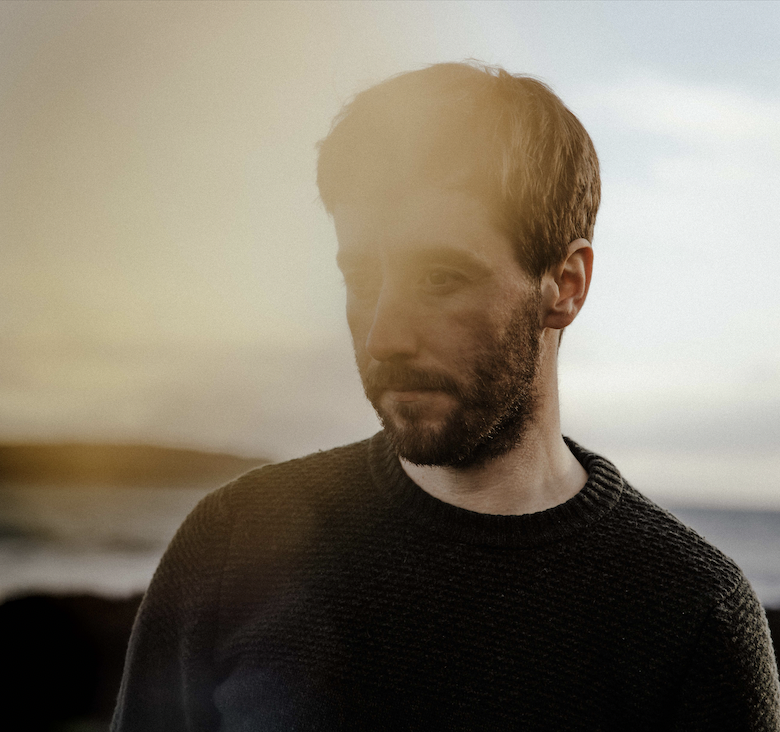