ARXX are a Queer Alt- Rock Gal Pal Duo. They have been making moves all over the UK and Europe, including appearances at BBC Radio 1 Big Weekend, Great Escape, Icebreaker,  and Left Of The Dial, headlining House of Vans Next Era show, supporting Black Honey, Liz Lawrence and Pillow Queens on their UK Headline Tours.

In 2021, ARXX landed their first TV sync, with their single DEEP being featured on Prime Time BBC One for the Match of The Day coverage of the 2020 Euros.

They’ve received 1.7+ million streams and have been featured on editorial playlists such as New Music Friday, Hot New Bands and The Rock List.  Their latest singles have received acclaim from the likes of: NME, Fred Perry Subculture and KEXP collaborating with Katie Tavini ( Arlo Parks) and Steven Ansell (Blood Red Shoes).

“Honestly everything about that I just love.  Oh my god that one is definitely getting me super fired up, just love it.” Jess Iszatt – BBC Radio 1

“ The duo have a knack for bruising riffs and deadpan lyrics.  Their no-fucks spirit is infectious and invigorating.” – NME

“It cements them as one of the UK’s most exciting up-and-coming guitar acts”. The Forty Five

” ARXX are at the top of our every playlist right now. Their unapologetic attitude paired with a pop-edge, makes ARXX a vital addition to the queer music scene. “ – Diva Magazine

“Named in the NME Top 100 Essential New Artists for 2020.  The duo have a knack for bruising riffs and deadpan lyrics.  Their no-fucks spirit is infectious and invigorating.” – NME.“ 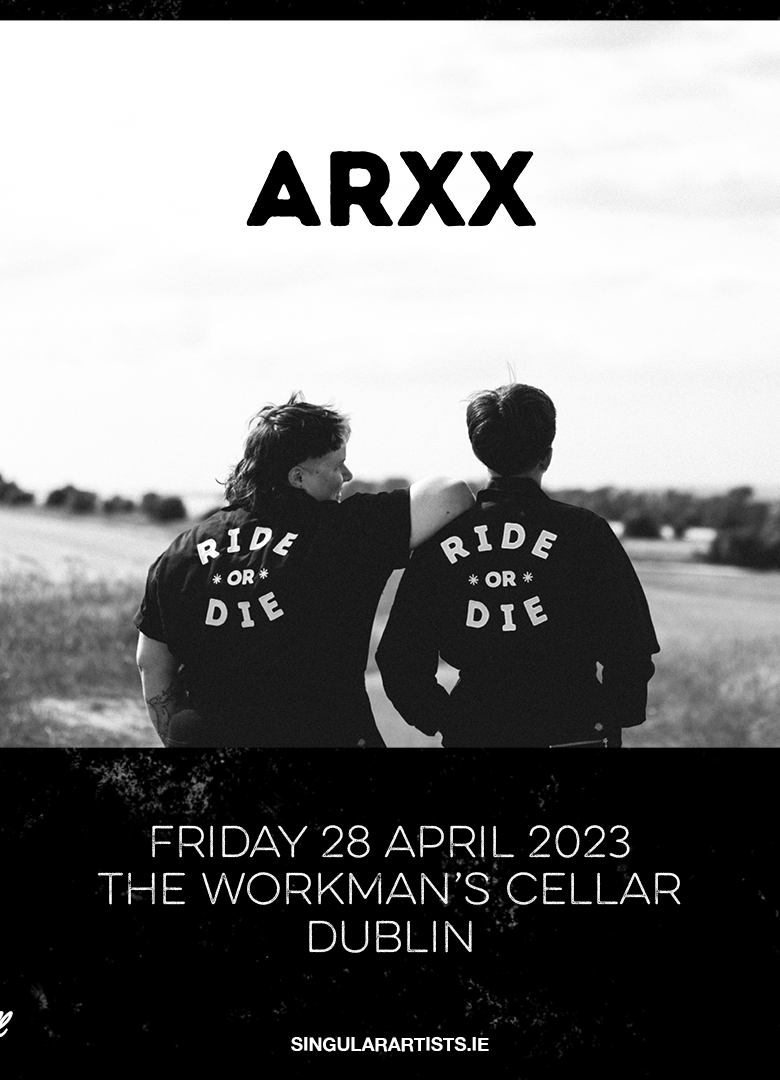