Formed in 2018, Brooklyn’s Gustaf have built a kind of buzz that feels like it comes from a

different era. The art punk 5 piece are yet to release any recorded music, but rapidly established a reputation as one of New York’s “hardest working…and most reliably fun bands” (BrooklynVegan), and excitement about their danceable, ESG-inspired post punk has expanded outside of their city with remarkable effect despite their scant online presence.

The band have found early champions in all quarters, catching the attention of luminaries like Beck -who saw them perform at a secret loft party he played around the release of his latest album – the New York no wave legend James Chance, and have shared stages with buzzing indie acts like Omni, Tropical Fuck Storm, Dehd and Bodega, while word of mouth led to sell out shows when they played their first LA headline dates in late 2019. 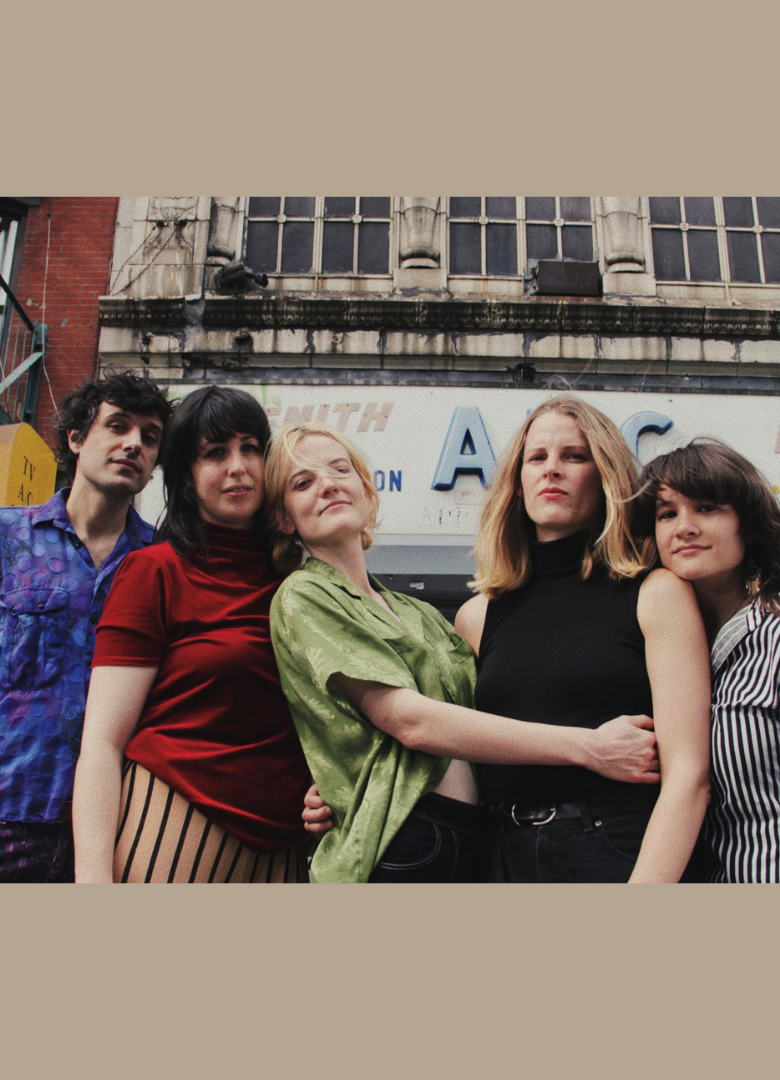