M(h)aol announced they will embark on an Irish National Tour for 2023, performing shows in Galway, Cork, Limerick and finally, Dublin.

“I wanted to write Therapy as a light-hearted addition to the album, dealing with a very real subject matter.”, vocalist Róisín says of the track. “It came from a conversation I had with a friend who was talking about a loved one not turning up to therapy, even though they were why she was in therapy, and I was thinking about people in our lives who are the reason we go to therapy and how we can often heal in spite of them.”

Attachment Styles is a record about social connection, queerness and healing where the listener goes on a journey. When Róisín was writing the lyrics, she used the theory of attachment styles as an overarching theme which is a theory that looks at the impact our inter-familial relationships and society have on how we relate to one another.

“This is a tune lifted from a debut EP…. Dealing with the issue of misogyny and male violence against women.” – BBC6 Music, Mary Anne Hobbs

“Gritty post-punk with both an important political consciousness and a sense of fun.” – NME 100

“Irish feminist punks M(h)aol are led by vocalist Róisín Nic Ghearailt, who tackles issues including gender, sexuality and the nationalisation of Welsh railways with humour and compassion.” – The Independent (Green Man Review) ★★★★★ 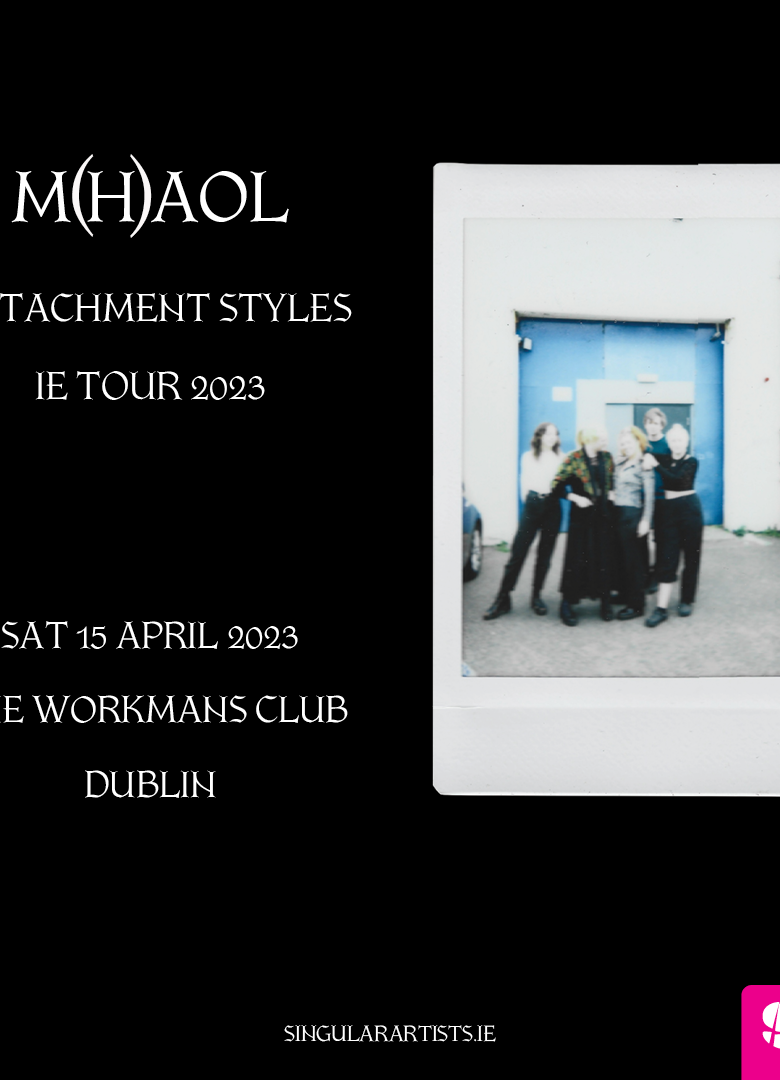