Back in The Workman’s main venue for the next gig on March 19th. Line up includes:

Kayleigh Noble. Following her single release, “Imaginary Boyfriend”, Kayleigh will be tearing the roof off with some new songs from her upcoming EP.

CK & MCG. After killing it last month we couldn’t resist bringing them back again.

PureGrand. Ahead of his new album out later this month, PureGrand will be playing a few club anthems for us on the night.

Saoirse Miller. Having recently put out the luscious “Swan Song” with D*mp, Saoirse will be sharing some new unheard music on the 19th. 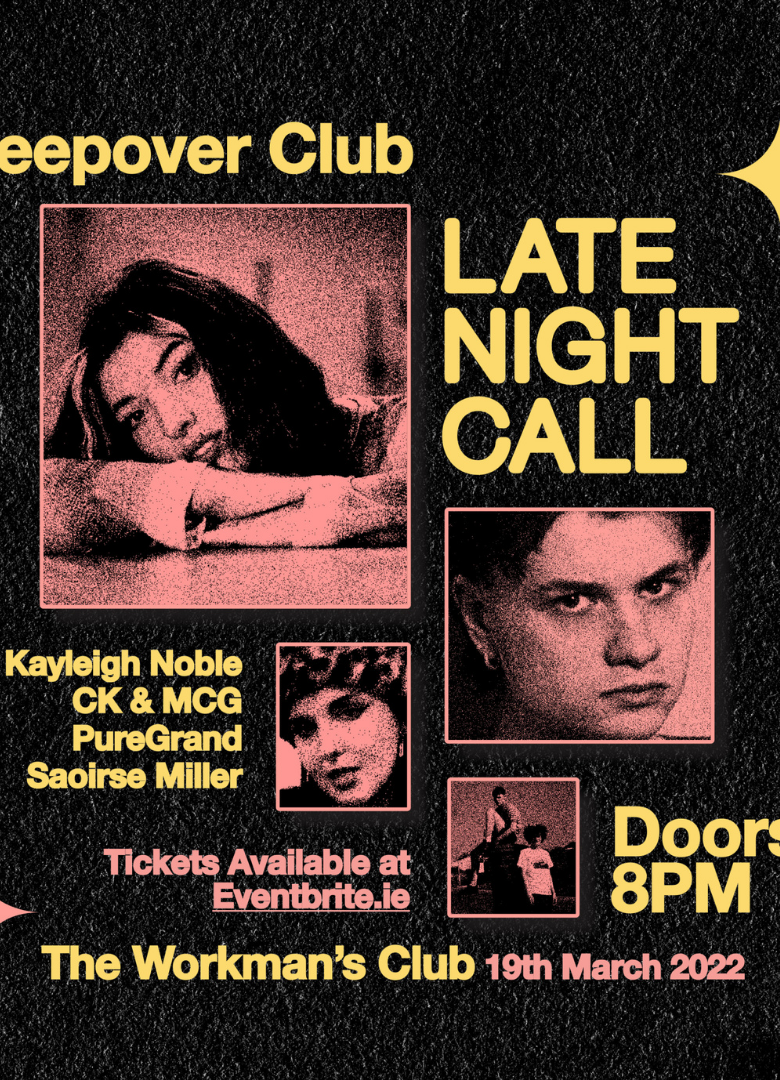