Still Blue are an Indie-Pop band based in Dublin headlining their first ever show. Still Blue consists of 4 members – Nicole Lyons, Ruairi Forde, Noelle Duffy and Gregory Kearns. They released their debut single Maybe Baby last year and have been working hard since on their follow up. Their second single Whatcha Gonna Do is releasing on the 25th of March 2022. Please come along to Workman’s Cellar on 7th April and show your support. 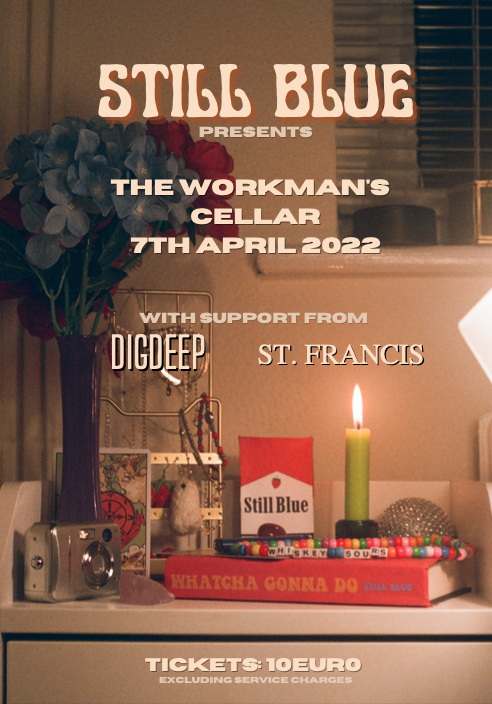