The musical bond between Neil Sheasby and Neil Jones is as concrete as their band name: Stone

Foundation. It needed to be to survive over a decade of trial, error and frequent returns to the

drawing board before finding the right direction, one that’s finally led them to Street Rituals, an

come. Produced by and featuring Paul Weller, its ten tracks realise Stone Foundation’s vision of a

vibrant modern UK soul band, the kind who can play with the best of the genre’s American legends

identity – the sound of Memphis, via the Midlands. “It’s the same mod ethic as the first Style Council

album which had a lot of guests,” says Sheasby, “or Massive Attack’s Blue Lines. That’s sort of the

mind-set we have. Making soul music without being a retro pastiche but bringing something new to

the party.” “We’re obviously influenced by the music we grew up with,” adds Jones, “but we want to

The two Neils came to soul music from very different directions. Sheasby hit adolescence as the

early 80s mod revival reached critical mass, heeding the call of Dexys and The Jam to follow their

muse back to Stax, Motown and the infinite riches of northern soul. Jones took a more scenic route,

eventually led him to a similar record collection. Despite growing up on each other’s doorstep “along

the A5 corridor in Warwickshire”, the Neils didn’t meet until the late 90s at a gig in London, both

playing in different bands on the same bill. When their respective groups split, bassist Sheasby asked

vocalist Jones if he’d be interested in writing songs together. “That was nearly 20 years ago,” notes

Sheasby. “From that point forth we’ve never looked back.”

Royal magazine, caught by the headline of an article about Sly &amp; The Family Stone drummer Andy

Newmark. “It looked good written down,” he recalls, “and at the time I knew how hard it might be

finding the right musicians for what we wanted, but that whatever happened it would always be that

foundation of me and Neil. So it felt very apt.” Changing line-ups and tweaking their sound

throughout the noughties, their commitment and perseverance was finally rewarded in 2011 when

Stone Foundation found a fresh admirer in John Bradbury, drummer with The Specials who duly

invited them to support the 2-Tone icons on a UK arena tour. “By the time it had finished we’d made

new fans all around the country,” says Sheasby. “That was a big stepping stone.”

Japan, returning a few months later to play to a 4000-strong tent at the Fuji Rock Festival. As

testament to the grass roots support at home, the same year’s To Find The Spirit album, including

UK Top 75. Porter returned on their next, 2015’s A Life Unlimited, alongside Graham Parker and The

Blow Monkeys’ Doctor Robert, the album also stirring the keen approval of Paul Weller who had

been monitoring their progress for some time. “I think he’d been keeping tabs on us,” says Jones.

“When Paul contacted me he said my voice reminded him of Felix Cavaliere from The Young Rascals.

He loved our song Beverley, especially its social comment, so I think that’s what drew him in.” 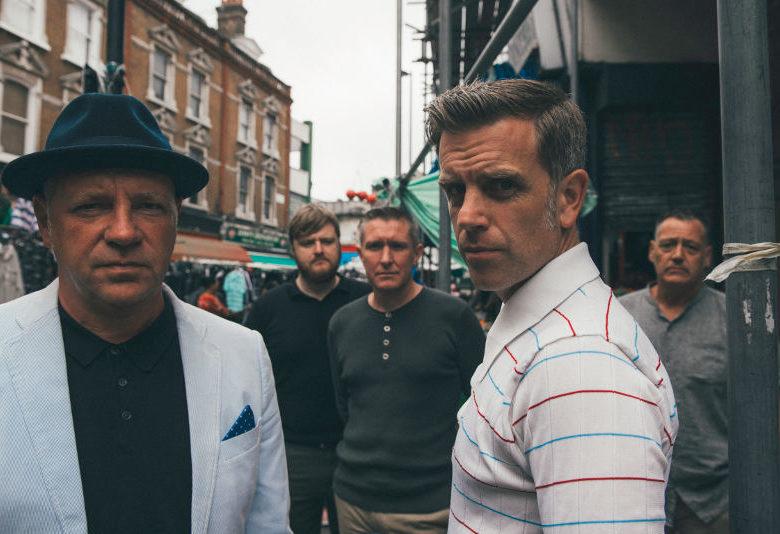