Strawman & The Jackdaws’ are very proud to announce the release of their debut single ‘Precious Star’ the 10th of May which will be launched the 19th of May.
The night will be supported by the amazing modernlove. and Blushing Boy .

Strawman & The Jackdaws are an Alternative/Folk band based in Dublin, formed in 2017. The band consists of Riccardo Ranzani, Jacopo Stofler, Michael Reolon, Niall Stewart, Meghan McKenna.
After busking around Europe and getting inspired by different cultures and music genres for three years, Riccardo Ranzani (Strawman) decided to settle down in Dublin. During his stay in Ireland, he had the opportunity to create the perfect environment to accomplish his artistic vision, by gathering the right people and expanding his team.
Their music has many different influences: from catchy pop atmospheres to heavier distorted riffs, with an always present element of melodic folky lines. 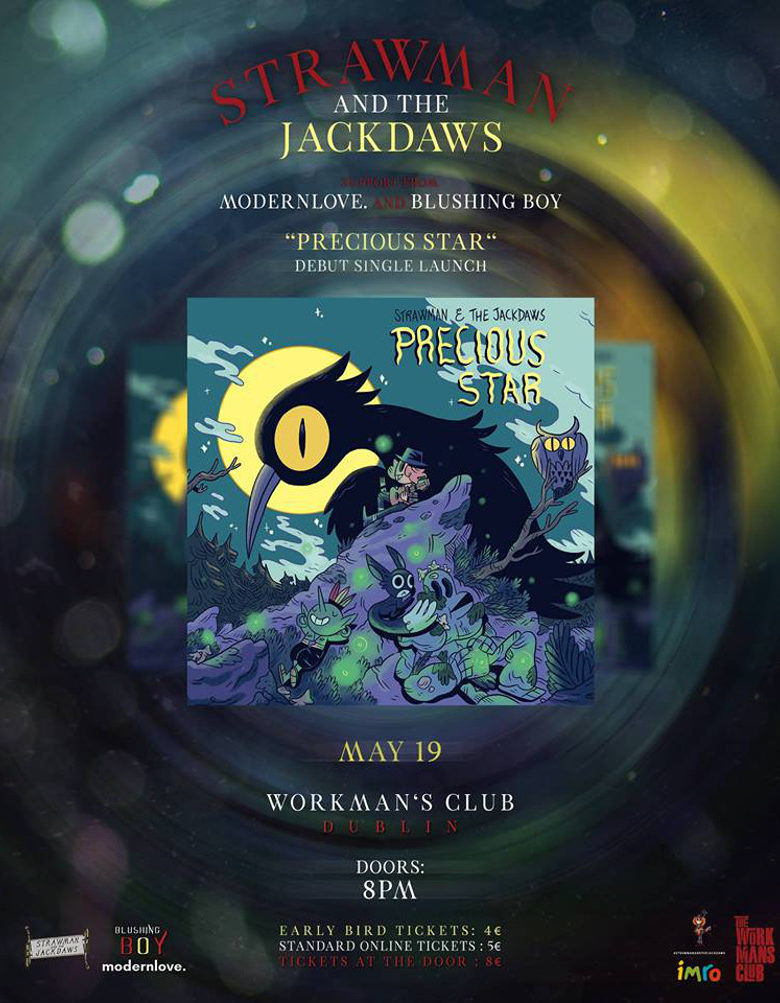