SUB MOTION are a Dublin based explosive punk/rock band. After several releases, the band took some time to revamp their sound and image in early 2016. The result of this was their single “HEADCHECKED”, released in October 2016. This single marked a new beginning for the band and gained immediate praise, with Hot Press magazine telling everyone to ““Meet the band of unashamedly serious rockers defiantly pushing against the grain of indie and folk bands in Ireland”. In Early 2017 the band went in to the studio to record several new tracks. Recorded live and with James Darkin at the helm (Kanye, Funeral suits, Hozier, Will.i.am, Rihanna), these songs have grabbed the attention of many big hitters in the industry. “SOCCER MOM” was released in February, getting radio play in Ireland, the UK and the US along with being on the “Guys we F****ked podcast reaching 1 million listeners. “DECOY” was released this April along with a sold out show in Whelan’s. Their latest single HEADLIGHTS came out on July 12th and has already been praised as “their best song yet” by RTE 2FM. The bands live show has been described as “unfettered loudness and instant impact” . SUB MOTION played MainStage Vantastival, Indiependence, Electric Picnic this year and just signed an international publishing deal with Tremolo Publishing this September. 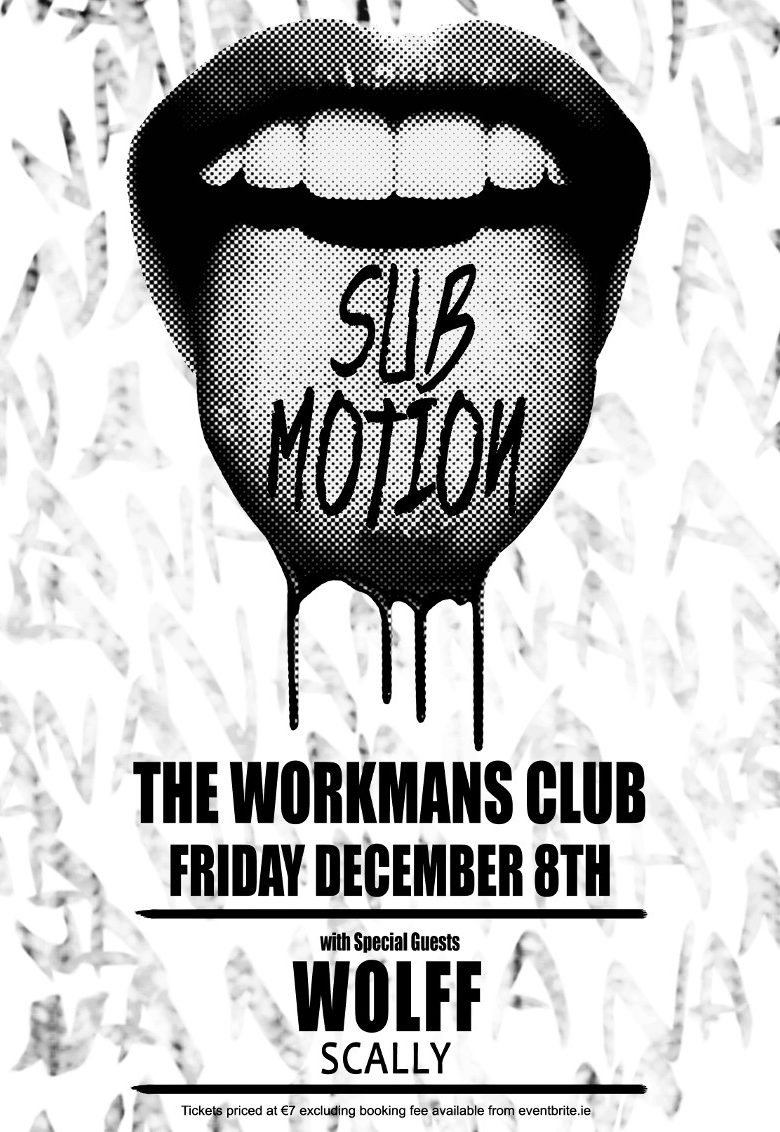