In 2015 Great White Lies released their debut ep to critical acclaim including a nomination from Pure M for best ep and winning VAI Song of The Year. Among their many shows they performed at Guth Gafa International Film Festival, Allingham Arts Festival and headlined Galway Fringe.
Throughout 2016 they have toured internationally including Canada & showcase gigs in Los Angeles. Among their favourite gigs were at Stendhal Festival of Art alongside YouBloom Dublin and performing on tv with RTE 1 Bloom show live from Phoenix Park.
So far in 2017; the BBC placed 3 of their songs for a documentary which aired in February and they are currently recording their next set of releases, with a new single due in a couple of months
“Lovely stuff…Great energy and inventiveness” – Cherrie McIlwaine, The Late Show, BBC Radio Ulster
“Great White Lies stick in the memory for sharp vocals and lush harmonies….this Derry/ Donegal act are a blast of summer sunshine” – James Hendicott, Golden Plec
“Absolutely brilliant” – Darren Cleary, In Colour, 2XM
Sonically speaking Regina Spektor has dinner with Amy Winehouse and they all grab a cuppa with Frank Zappa; Great White Lies sound resides in the alley on the way back. Choral music, jazz, and funky soul permeate through their inventive sound, peppered with surreal imagery.

bio:
The Vulture Collective is a Dublin-based band that formed at the beginning of 2016. The band divides its time been playing all the gigs, writing original music, and circling ominously over the Dáil. Combining the jazz rhythms of Sebastian Fric, percussive guitar stylings of Gareth Curtis, Ruth’s soaring vocals, and Carl the Jazzman wailing on the cornet, a their music is a scavengers’ mishmash of gypsy swing and crusty funk, with just a dash of hip-hop. 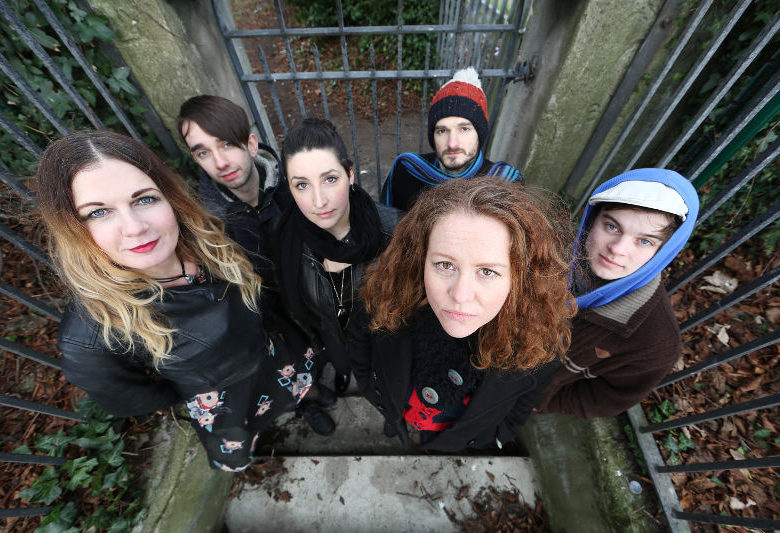