Hello!! All the stars are out on Friday night.
Behold the Alison Spittle show in it’s new home down stairs in the workmans. I know downstairs it’s a risk but feck it, look at these sweet ass reviews

Republic of Telly’s Joanne McNally had a great Dublin fringe.
She recently finished a national tour of her show Separated at Birth which she co-wrote with PJ Gallagher and in less than a year in the business, became the new co-host of RTE’s Republic Of Telly and also sold out her first solo stand up show. In 2016, Joanne performs Bite Me at the Dublin Fringe Festival.

Joanne has numerous TV credits to her name including The Late Late Show, The Seven O’Clock Show, The Afternoon Show, Totes 2014, Panti Does 2015, Ireland AM, Two Tube and The Commute for RTÉ.
here she is being sound about reproductive rights.
https://www.youtube.com/watch?v=FZBZ9wCWM5Y

We have mattress Mick, star of new film Mattress men. (I’ve seen it, it made me cry and want to call my dad (I didn’t as I was drunk and in a cinema).
He owns a bedding empire but is most famous for his marketing.
https://www.youtube.com/watch?v=uT_6fExL_yA

Shane Clifford is a comedian from Tralee, Co Kerry
Shane is relatively new to the stand up scene, having already been semi-successful making strange and funny videos in his house and putting them on his Facebook page ‘Shanes Brilliant Page’.

The first Alison Spittle show was made a year ago!! check it out
https://www.youtube.com/watch?v=CtM4k6RfmIk 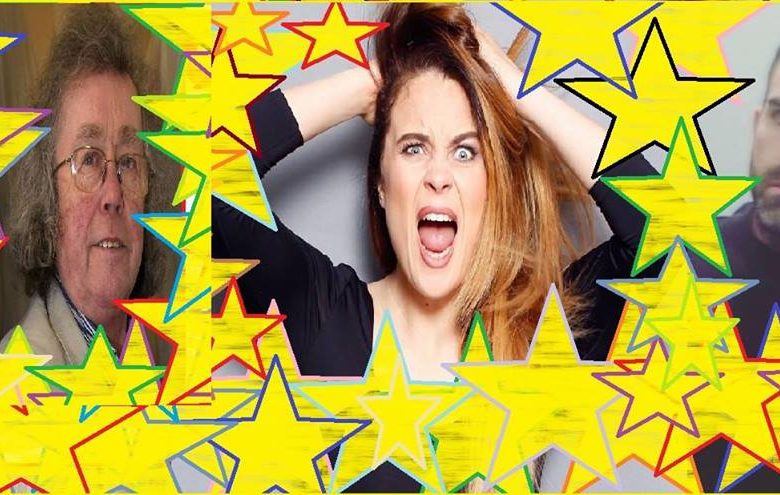