As seen everywhere from Fair City to Joe.ie to The Laughter Lounge, one of the Kings of Irish comedy ERIC LALOR comes to The Workman’s!

And if that’s not draw enough, this is a double headline show!

FIONA FRAWLEY will also be hitting the stage. The buzz around Fiona is increasing after 2 shows in Vicar St, one supporting powerhouse Iliza Shlesinger on tour.

They’re supported by THE CRAIC DEALERS, a collective of Dublin’s best emerging stand up talent!

BEN VERTH – the man with a voice so sexy, the mic may end up pregnant.

BETSY SPEER – dark comedy wrapped in the sweetest of sweets

SINEAD WALSH – brings her fast-paced, witty and extremely funny stories take in everything from nature, nursing a broken heart and nanny-goat mamboing.

JESS COLLINS – is a 6ft, politically incorrect, opinionated, sexy and single bird who enjoys the laughter…

A night of mirth, merriment and other things starting with the letter M! Fantastic venue, full bar and bellyfulls of laughs! 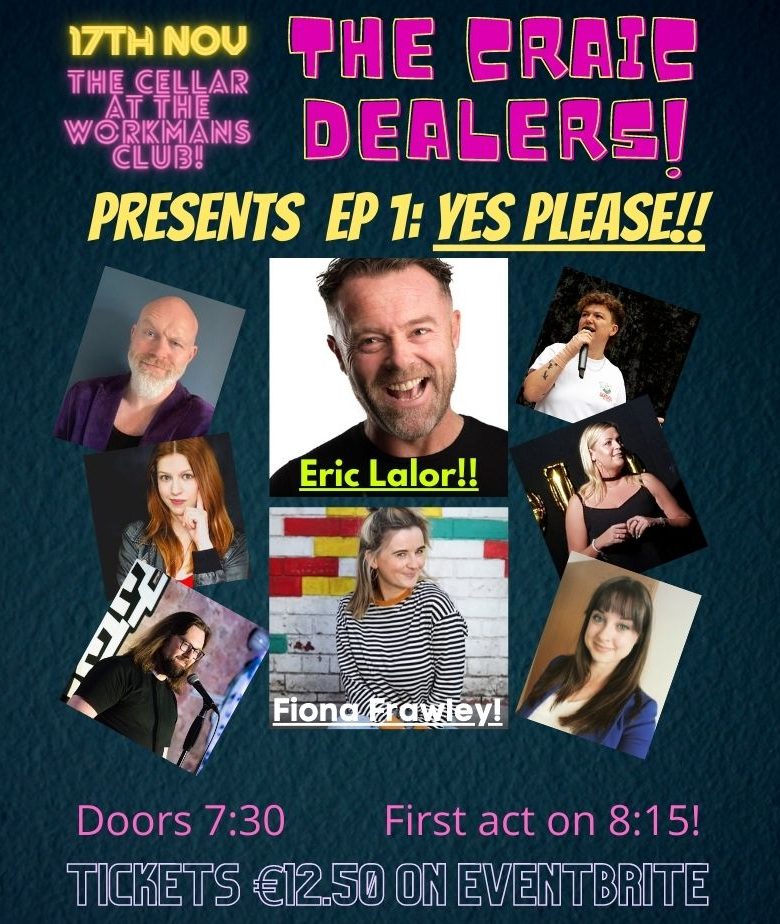