Rorke has lived and worked throughout Europe, the USA, Australia, and toured throughout the world. His performance career has included work with well-known improvisers such as Hilmar Jensson, Per Oddvar Johansen, Rune Nergaard, Veli Kujala, Matthias M.D Hemstock, Australian piano giant Alister Spence and he was referred to as “a heavyweight” in a recent Jazznytt magazine.

Dave Redmond is one of the most in demand Bassists in Ireland, having performed with visiting artists such as Bob Dorough, Keith Copeland, Dave Leibman, Jason Rigby, Bobby Wellins, Guy Barker, Ian Shaw, Jacqui Dankworth, Scott Hamilton, and Jim Mullen. He has performed at numerous festivals and clubs throughout the World such as Ronnie Scotts and Pizza Express (London).

Drummer Sean Carpio has continually pushed the envelope with his playing. From playing with the most demanding company in Jazz music, such as Mark Turner, Joachim Badenhorst, Mikkel Ploug and Louis Stewart, to performing in instrumental pop music and experimental electronica, Carpio does it with an rare verdure. His playing is an exciting and unique experience. 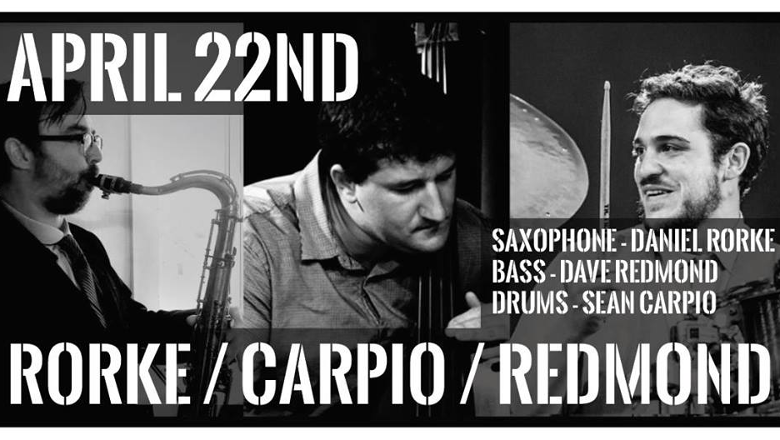