Alt Folk band, The Mariannes released their début EP, Lost with All Hands, in April 2015 to a sold out Whelan’s Venue.  After garnering positive reviews both at home and abroad, the band are set to continue their success with the launch of their single, The Black Diary Waltz.

The Mariannes are a 6 piece Dublin band who achieved notoriety in 2014 when their song, Lost with All Hands, was selected by a panel of judges including Niall Toner (RTE Radio/Musician) and Finbarr Clancy (The High Kings) as the winning song of the inaugural song writing competition of the Clancy Brothers Music and Arts Festival.  Their music has strong Irish folk, rock, blues and country roots. Their songs are known for their troubling lyrics, beautiful melodies and strong instrumentation.

Deliciously dark with hints of The Walkabouts and the countrified ends of The Rolling Stones, they’re too good to remain a secret for much longer – State.ie

The Mariannes offer fresh, beautifully crafted and delivered material with a broad appeal… a band that could very well become a household name – TradConnect

Loughrey’s vocals, backed by the beautiful melodies of the band’s instrumentations, never relinquish their hold on a listener’s ear or consciousness… This band sound country but modern, Irish yet global, young yet traditional – The Irish Echo (U.S.A)

The upcoming launch of ‘The Black Diary Waltz’, is highly anticipated, the song has received a great deal of attention pre-release and the band have already had the pleasure of performing the track live on RTE radio.  Its release is also timely, as the song itself is inspired by the life of Roger Casement and coincides with the Easter rising centenary. 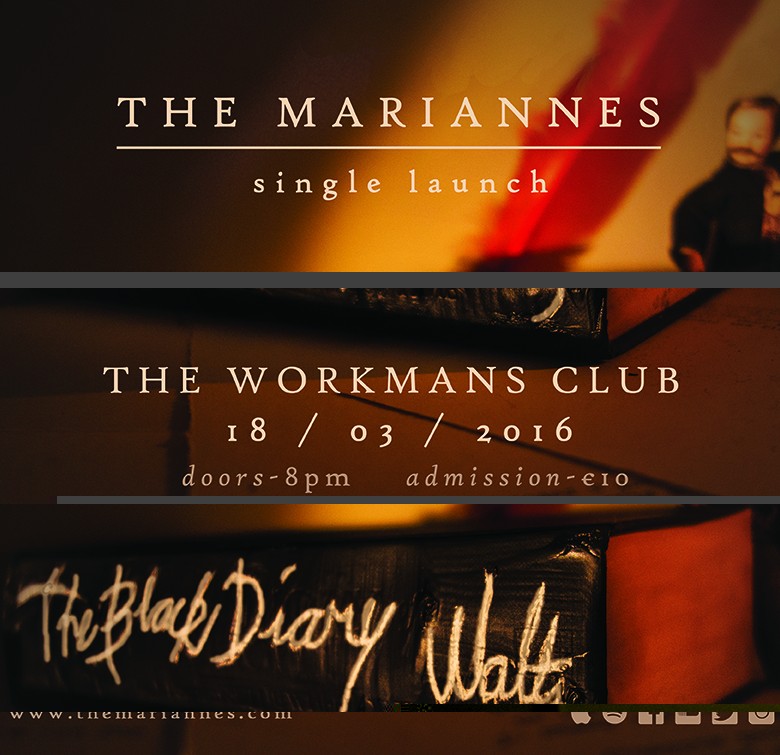