The Moves follow up on their 2013 release Human Shield with their second studio album Negative Space.

The record will be released by Eire Supply on CD and 12″ Vinyl.

Negative Space was recorded in Dublin between August 2013 and December 2014.

Join The Moves for what should prove to be a feisty show. 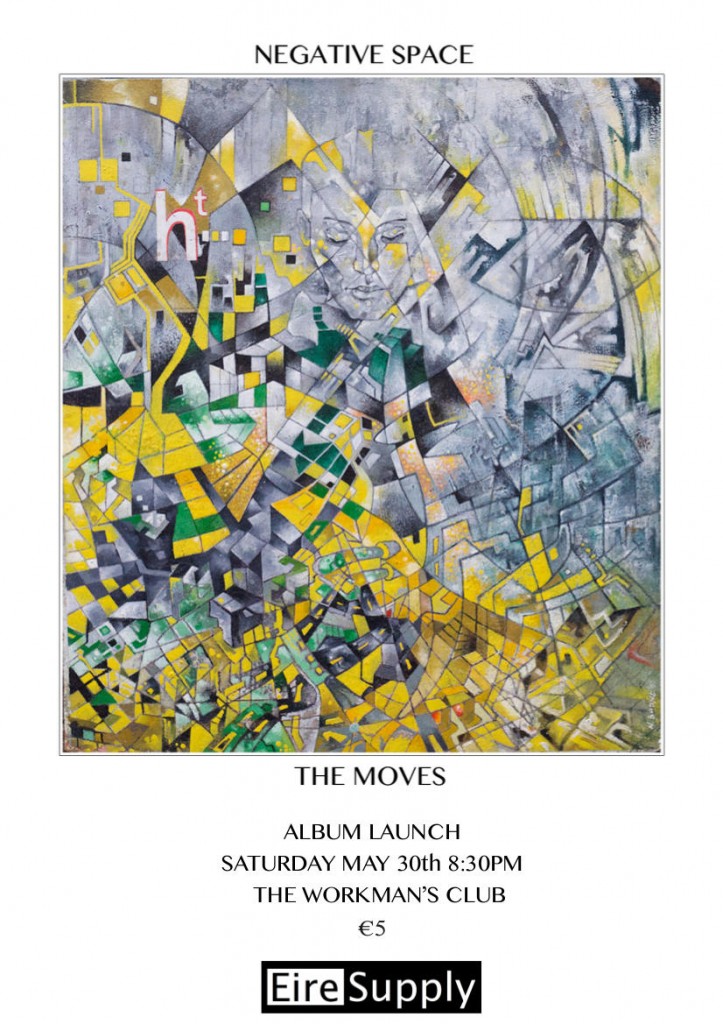