Tickets are priced at only €10 (inc. booking fee) are now on sale

Watch the video for the new single – Underwater

The Shoos’ announce Christmas show at The Workmans Club Dublin on Thursday December 15th.  Advance tickets priced €10 (including booking fee), are now on sale from tickets.ie

This Christmas show at The Workmans Club on December 15th, follows a sold out show at the same venue earlier this summer to coincide with the release of the band’s most recent album.  This was just one of the highlights during early summer!  The band was asked to guest with Jeff Lynne at his 3Arena show in Dublin also in May, and this guest slot was quickly followed by an invitation from Jeff Lynne and his management to the band to also support him at his home show in Birmingham Arena on June 24th.  An amazing endorsement from one of the true icons of music and a very proud time for The Shoos, who have to be one of Ireland’s most admired and hard working bands of the last ten years.

The Shoos live shows have also been given the nod by some other industry heavyweights including One Republic, who invited them to tour with them when the latter happened to hear the band play in Whelans during a visit to the city.  Shane ‘Tex’, Scott, Steve & Joe have also enjoyed high-profile guest slots with Maroon 5, Life House & Taylor Hawkins (Foo Fighters), amongst others.

To coincide with this new December show announcement The Shoos is delighted to issue the most recent single for the band’s current self-titled album.  Underwater is the anthem from the album, and the video for Underwater is now live also.  The video features performances from actors Seán Doyle (Fair City) & India Mullen (Red Rock, Damo & Ivor).

The self-titled 3rd album has already given us three great radio singles, ‘Love A Rebel’, ‘Top Of The World’ and ‘Mothers Love’.

The video for the ‘Mothers Love’ clocked up over 3,000 views inside its first week live on Youtube.  Underwater, has already clocked up over 1,000 in the three days since its launch this weekend.

With just a year between Rescue Room and Panic Slowly, Shane ‘Tex’, Scott, Steve & Joe simply wanted to chill and take their time over the follow up new long play.  The band is “very proud of the album”, and “for us we believe it to be our best work to date”.

Together since the late 2000s, The Shoos caught the attention of radio & media in general with the release of some cracking singles, which were rewarded with generous radio support in the form of play list presence.  In addition, since its formation, the band has been selected on various occasions as UTV Radio’s Select Irish Artist Of The Month, IASCA’s Play Irish artist of the week, Dermot & Dave’s Homegrown Heroes and many other individual, but consistent, nods from both national and independent local radio. All of which, together with many TV appearances and successful live shows have given the band a solid audience of loyal fans. 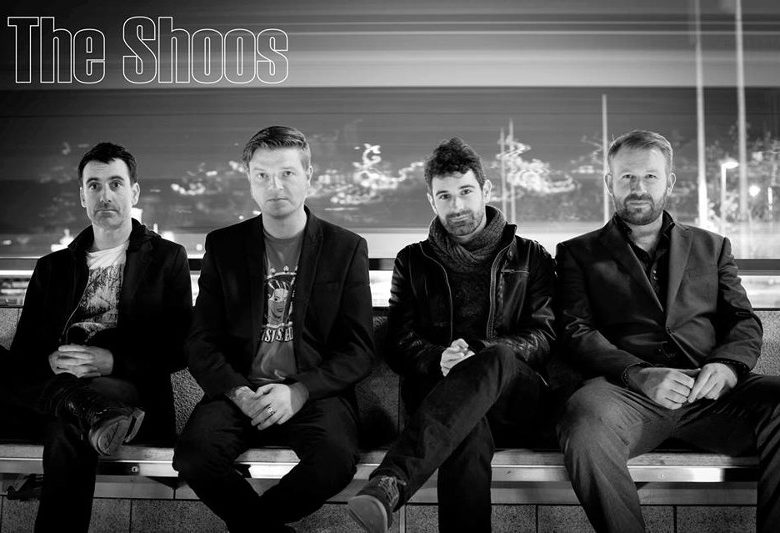