“THEY CITE Hank Williams and Kurt Cobain as their inspirations, and they seek to communicate messages of truth and honesty through harmony singing and the craft of songwriting in it’s simplest, purist, form.”

Formed in south east Ireland by Kilkenny native Emlyn Holden in 2014 and joined by Dubliner Laura Hand as co-vocalist the following year, The Southern Fold began gigging in earnest performing a number of self penned songs in the alt folk / country-blues vein.

Their debut EP, ‘A True Ascension from the Wayward Path’, was released in April, 2016.  At the time they brough aboard new members Frieda Freytag on Cello & Piano, and Joe Maher on Guitar.  This helped broaden their sound and introduce more dynamics to the songs.  The band have been busy on the Irish gig circuit playing such Dublin venues as the Workman’s Club, Whelan’s, Thomas House and Bloom in the Park, while also playing venues around the country like The Watergate Theatre, The Set Theatre and Cleere’s, Kilkenny; Monroe’s of Galway and Kenny’s of Lahinch.

They are currently working on a brand new full length album (originally due in late 2017, but now back to mid 2018).

‘With some deft touches in songwriting and arrangements, the Southern Fold are a new prospect on the alt-folk scene here.  Ones to keep an eye on.”

Blackbird and Crow hail from the farthest northern corner of Co Donegal, Ireland. The band are comprised of Maighread Ni Ghrasta (Vocals) and Stephen Doohan (Guitar/Bouzouki /Stomp). They are possibly best described musically as a folk blues duo and when onstage together, the Blackbird and the Crow leave nothing behind in the dressing room. The show is a blatant, honest, in your face expression of musical passion. The songs are a timeline of their own life events, delivered with the same honesty and intensity that it took to write them.

They released their single ‘I Gave Away My Home’ and album ‘SHOCK SHATTER CONVINCE’ in early 2017 and have been going from strength to strength on the Irish music scene having played major festivals including Electric Picnic and Longitude Festival.

This band is quickly making a name for themselves as one of the most hardworking and driven bands on the Irish scene and are looking forward to an exciting 2018 with plans to release of their second album.

Hot Press Magazine described Maywoods debut single, ‘Oileán Na Marbh’ as “…an absorbing listen” and “…a heart breaking, hushed hymn, full of passion and pathos”. Those few words not only beautifully describe ‘Oileán Na Marbh’ but could easily be used as an all-encompassing summary of Maywood’s music.

Maywood’s music deals in the narratives of the everyman, stories we all know; love, loss, isolation, joy, fear, desperation and of course the universal musical Rosetta stone… heart ache.

Inspired by vintage 70s golden era, rock, pop and country Maywood distils it down to the common theme they all hold, simple beautiful melody and lyrics with heart. Live is where he really shines, he knows to handle an audience drawing them in with his emotive performance, empathetic prose, tactful delivery and haunting storytelling. 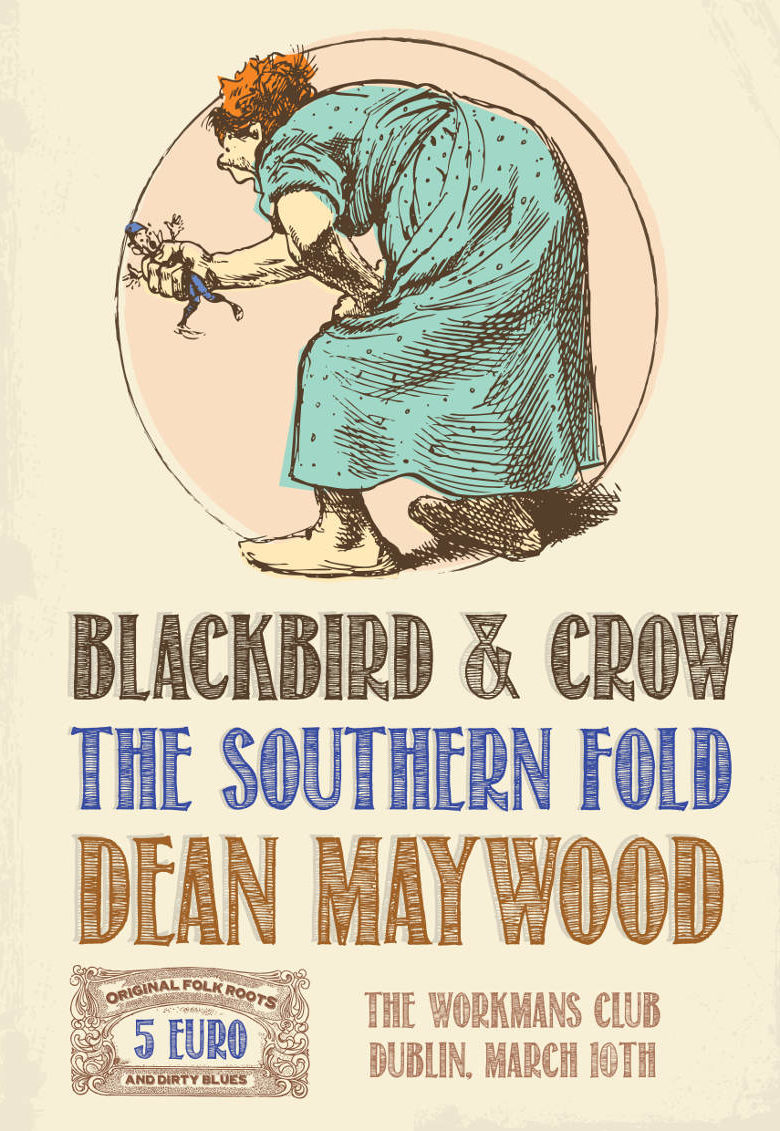