The Spitfires are a Watford based 4-piece consisting of songwriter Billy Sullivan on lead vocals and guitar, Sam Long on Bass/backing vocals, Matt Johnson on drums and George Moorhouse on keyboards.

The Spitfires take in a wide range of influences from Reggae and Ska through to punk and soul. This melting pot has helped infuse the band’s own sound and style.

The Spitfires have released two albums. ‘Response’ was released in 2015 and ‘A Thousand Times’ in 2016. Both albums peaked at Number 6 in the Independent charts and also dented the national Top 100.

The Spitfires also hit Number 1 in the UK Vinyl Singles Chart with So Long back in April 2016.

The Spitfires work ethic and acute social commentary has made this fiercely independent band one of the most popular underground success stories in the UK today. Their attitude and independent spirit has earned them a dedicated and loyal following across the whole of the UK and Europe.

As well as supporting the likes of The Specials and Paul Weller, the band have also played to vast audiences at The Isle of Wight, Reading and Y Not Festivals over the last couple of summers.

The Spitfires recently made their national TV debut on BBC’s Andrew Marr Show, waking up Sunday morning viewers with a blistering version of ‘Stand Down’.

The Spitfires are now dropping an instant grat track and video ‘Remains the Same’ taken off their forthcoming brand new album ‘Year Zero‘, to be released through Hatch Records on 27 July 2018.

The Spitfires will also be embarking on a nationwide UK tour in 2018/19. Tickets will be on sale from Friday 1st June and the full tour dates are as follows:

Andy Peart (Vive Le Rock) – “There are few bands who capture a snapshot of Britain in 2018, in all its confused and uncertain glory as accurately as the Spitfires…Year Zero is “set over a backdrop of sounds which are never safe or predictable, horns blazing and stomping, keyboards and piano adding texture and light to the riveting and thrilling guitar, bass and drums core, there are songs here which will stay with  you on long journeys, which will help you make sense of days which drift away and, best of all, which will give you hope.” 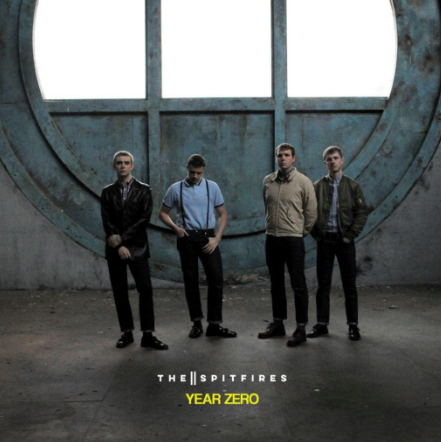