The Spitfires are a Watford-based 4 piece who’ve released two acclaimed albums ‘Response’ (2015) and ‘A Thousand Times’ (2016), several singles and have extensively toured the UK and Europe since their inception in 2012.

The band scored a national UK number 1 vinyl single in April 2016 with ‘So Long’, a number 2 vinyl single in May 2017 with ‘Move On’ and both albums reached number 6 in the UK independent album charts.

The band are led by lead vocalist, guitarist and songwriter Billy Sullivan, Sam Long on bass and vocals, George Moorhouse on keyboards and vocals and Matt Johnson on drums. With Jamie Andre on trumpet for the live shows, The Spitfires have fast become one of the best live bands in the UK today.
With over 400 gigs under their belt, the band have built up a passionate following that travel over land and sea to shows and this enables gigs to be more an ‘event’.

The band recently signed to Hatch Records who will release their third album in 2018.

What the press said about The Spitfires:

“The fight-back from the beaten generation starts here” – Daily Mirror

“Inspiring on every level. The frightening thing is how much they’ve already achieved independently. Most bands these days don’t even know their arses from their elbows, unless a record company guides them. The Spitfires however, have taken on the industry and shown them that the fire and spirit is alive and well amongst today’s youth and won’t be stopped.” – Metro

“Insurgent energy…demands and then holds your attention” – Shindig! Magazine [4/5]

“Early in their brief history The Spitfires were all-too easily written off as Jam copyists, yet this album proves they have an identity all of their own…a standout record that marks Billy Sullivan out as a special talent and The Spitfires as a band to watch…one of the records of 2016” – Modculture 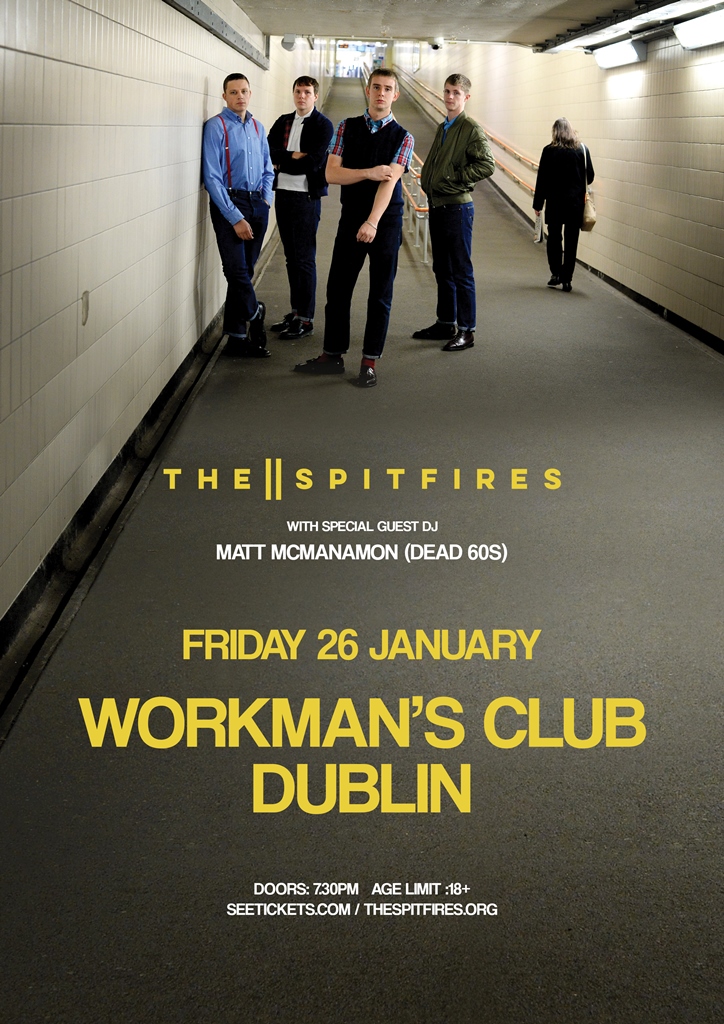