*That’s the kind of maths we’re into.

We are flinging open our doors at The Workman’s Club to ring in 2016 with some very awesome live bands, some brilliant DJs….AND YOU. We’ll be charging the princely sum of NO EUROS on the door – because we’re sound like that!

So what have we got going on? In the Main Venue, we’ll have 3 of the most deadly bands around, Kid Karate, Wounds & Be Curious, Kid

Kid Karate are a trio of blinding musicians, Ian McFarlane, Kevin Breen and Steven Gannon. They combine their broad musical influences together through their work. Think Duran Duran fronted by Josh Homme and you’re not far off. They are rapid. This is a fact.

Wounds are a four-piece band fronted by brothers Aidan and James Coogan. Following a full US tour while currently working on the follow up to their debut record Die Young, this is the band’s first proper hometown show in a veeeeeeery long time. New sounds, new members and noisier than ever, we are really excited to have them in. We’ve battened down all the hatches for these bands. Roof is firmly in place.

Upstairs, to the right, we’ve got Louche (Nightflight) and Colin Devine (Hidden Agenda), who’ll be spinning a 6hr mix of the very best in house and disco.

On the left, Sr. Lisa Marie and Colin Devine will be play all manner of the guiltiest 80s, 90s and 00s Guilty Pleasures.

All 5 bars will be open. All 3 rooms will be jumping. 2 bands will be BRINGING IT. 0 euros to get in. That’s the kind of maths we’re into. 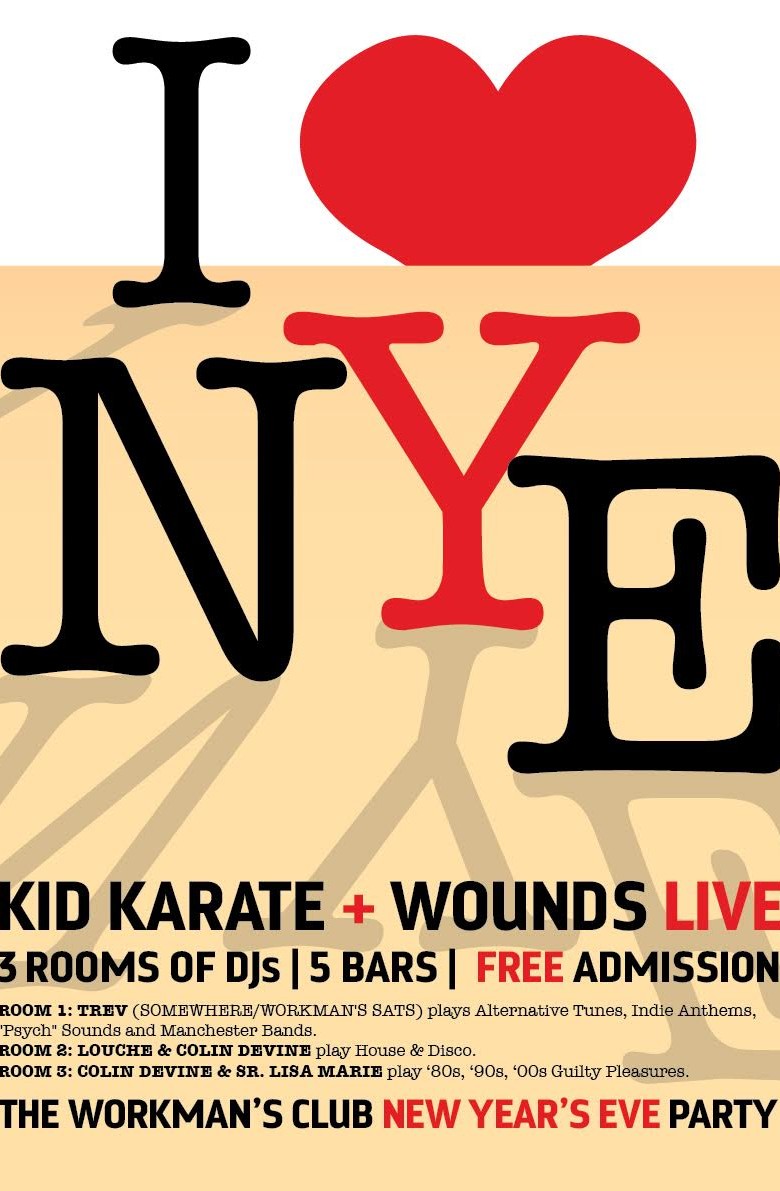