We are absolutely buzzing to announce that The Slow Readers Club are coming to The Workman’s Club onSaturday, 23 April. Expect this gig to be a wave of dark, brooding indie electro! Louderthanwar said that “The Slow Readers Club are quite simply too glorious to be kept a secret; see them, be seduced and then pass the pleasure on.” We are more than happy to pass the pleasure on to you guys so get down and see them!

The Slow Readers Club are a Manchester based four- piece who whack out awesome indie- electro doom pop tunes. Their music has been compared to the likes of Interpol, The Killers and The National. Their last five singles have enjoyed airplay on BBC 6 Music and XFM and the latest single ‘Plant The Seed’, has been playlisted on TXFM Dublin. They have been getting rave reviews for their live shows, including sold out headline shows at Manchester Gorilla and Academy 3, Isle Of Wight Festival, Tramlines Festival, Party in the Pines and Blackthorn Festival

Their awesome album, Cavalcade, has been released to universal acclaim. With lads like Steve Lamacq and XFM in the UK, picking them up and their live following growing to a monstrous size, it has meant they’re no longer of one Manchester’s best kept secrets but a player in the big, bad world. “Think New Order and Depeche Mode with all the catchiness of a cool indie band, and this gives you some idea to what they’re about. Definitely one of THE bands of the moment!” Sonic Bandwagon.

If you ask us, The Slow Readers Club are the best band you’ve never heard of. Check them out in our gaff onSaturday, 23 April. 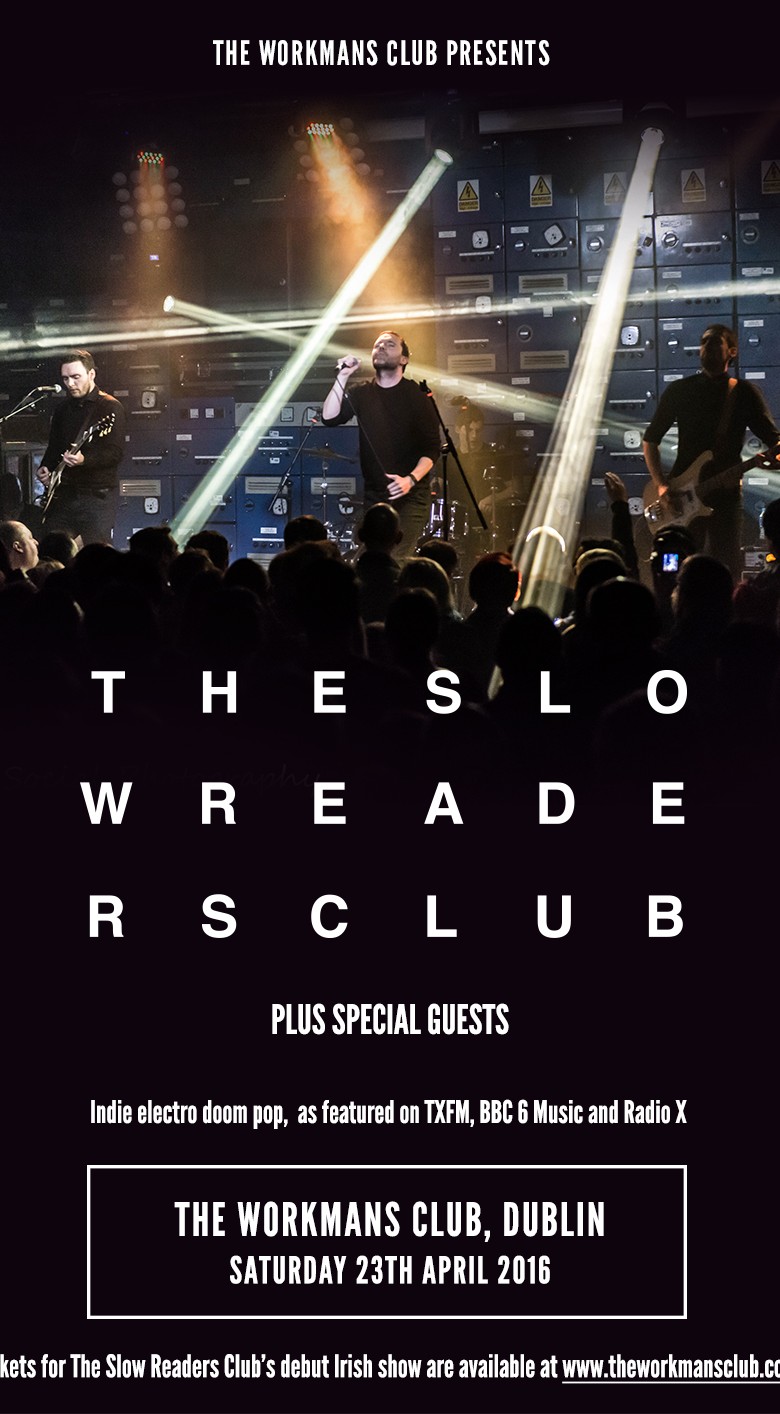