Last May we hosted a WILD show from the amazing 3 piece garage rock band Electric Eel Shock at ours and we loved it so much we had to have ‘em in again. This trio hail from Japan and were formed in the 90s. They’ve been touring the world ever since, headlining stages at major festivals such as Roskilde, Denmark, Azkenna, Spain,Wacken, Germany, to name a few.

They are renowned for their ferocious live shows and are a glorious celebration of classic rock, punk and metal. They are a true power trio who make fresh and unique music with an attitude from the time before rock became fractured into a diverse multitude of sub-genres and we were all still one big happy rock & roll family.

After 4 (or is it 5) albums their non-stop world tour slowed down a little around 5 years ago. They got a deal with Universal Japan and moved back home. Babies have been born. There are two more on the way. But a slow down for EES is still a rammed packed schedule for most bands. They have toured all around Asia; have been to USA three times in the last couple of years; and were in Europe last year, where, of course, they graced our very stage. Rumour has it that one of the three performed wearing only a sock. ONLY A SOCK. AND NOT ON HIS FOOT. Electric Eel Sock might be a more fitting moniker? Either way, the show was amazing. Any band that can name an album ‘Maybe..I Think We Can Beat Nirvana’ and perform in a sock are alright by us. Their music has been described as ‘(occupying) the gaping void somewhere between Queens Of The Stoneage, AC/DC and Black Sabbath. It’s both as heavy and serious as that sounds… Yet has a mischievous and fun-filled heart.’

EES will never stop – but don’t miss them this time because as their orbit increases they don’t come around so often anymore. Come along! It is their 21st birthday, so it would be rude not to, really! Support comes from their long-time tour-manager-turned comedian Bob Slayer.

Grab your tickets from www.theworkmansclub.com 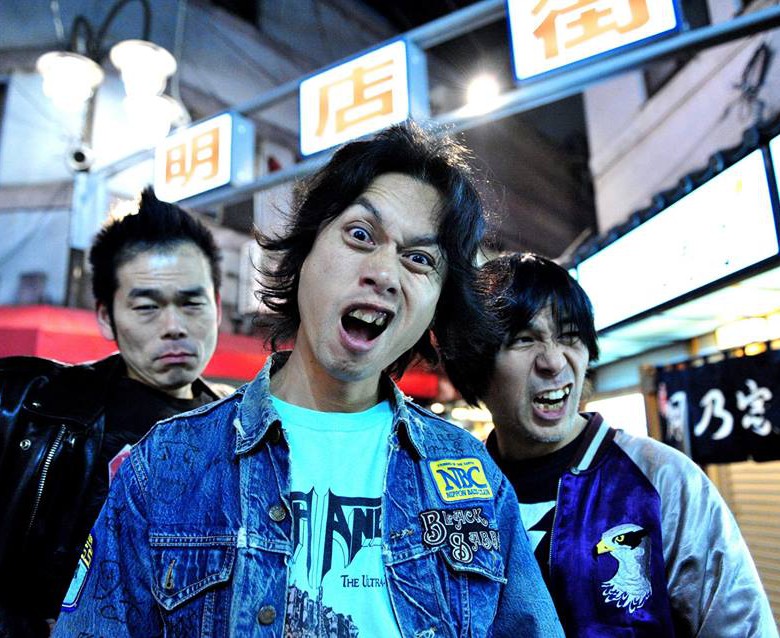