SESSION MOTTS’ first unleashed their unique sound, a hybrid of Northern Soul, disco, dream pop & post-punk, on their debut single Chip Shop Fights, released in January of this year.. Nialler9 quickly named the MOTTS ‘New Artist of the Week’ in The Irish Times, and the group soon picked up similar accolades from DublinLive.ie and DublinConcerts.ie.

Their second single Plundered Past was released in May. Plundered Past is based on the true story of the 1988 unsolved murder of 18-year-old German backpacker Inga-Maria Hauser, whose body was found in a  Co. Antrim forest. Despite its tragic inspiration, Plundered Past is an uptempo dancefloor stormer intended as a defiant celebration of a life cut short. GoldenPlec premiered the video, Dan Hegarty (2FM) gave the track it’s first radio play, Tom Dunne (Newstalk) named it as one of his Top 3 Irish releases, and it went on to get lots of spins across regional and national radio – and some overseas in the USA and Canada, too!

SESSION MOTTS were initially intended to be a studio-only group, but the reaction to the track from fans and media was so great they decided to bring it out on the road! They are now playing live and they blew the roof off The Harbour Bar back in June, played their Dublin debut in July to a sold out crowd of mega happy punters – and now they are hitting The Workman’s Club for what is BOUND to be an incredible show!

Keep your eyes peeled and your ears open for their forthcoming single Back In The Day, due for release later in September. In the meantime, grab your tickets for this MEGA Workman’s Club show on  Thursday, 12 October.

Tickets on sale now from ticketmaster.ie

“Song of the Morning: SESSION MOTTS’ Plundered Past. Smart Disco-Pop with a serious message”  - Tony Clayton-Lea, The Irish Times

“Sporting the best new band name since you last had a gaff party, SESSION MOTTS are a band in thrall to the eighties: specifically Magazine, New Order, Microdisney and Aztec Camera”  - Nialler9, The Irish Times

“This band have already began making waves with their equally enchantingly-titled single, ‘Chip Shop Fights’, this is a band that’s as talented as it is witty….it’s equal parts delightful and charming. Their sound has a sort of dreamy, ethereal undertone to it, the vocals are wispy and haunting but uplifting nonetheless”  - DublinConcerts.ie

” Song of the year so far perhaps?”  - Dublin Live 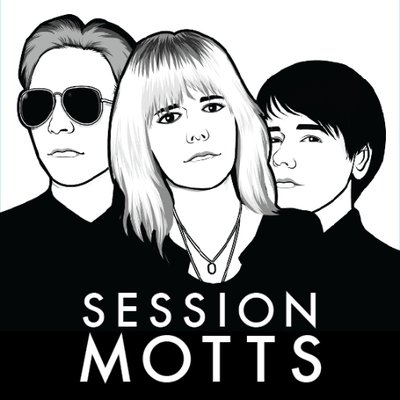