Yorkston Thorne Khan began life when Suhail Yusuf Khan met James Yorkston backstage at a small festival show in Edinburgh. They got talking about music and their respective instruments and began jamming together there and then. They enjoyed it so much, they decided to take the backstage spontaneity onto the stage that very evening. Suhail and James became firm friends and after this would hook up for shows whenever Suhail was in the UK. Finally, in 2015, they recorded their debut album ‘Everything Sacred’, with James bringing in his buddy Jon Thorne on double bass. “There’s a power in a trio” says Jon – “You can hear yourself internally, of course, and then there’s an ear each for the other two. Perfect”

Since then, YTK have gone on to play GreenMan, Field Day, Sea Change, Edinburgh International Festival, Latitude, Glastonbury and tour in India, Ireland, Spain and the UK. In 2017 they have shows booked in UK, Ireland, Germany, Poland, Italy and Denmark, including a very special performance at The Workman’s Club on Tuesday, 25 July.

Yorkston Thorne Khan’s debut album ‘Everything Sacred’ was released in January 2016 on Domino Records and received these mighty-fine reviews:

★★★★★ Record Collector ‘New Album of the Month’ “Throughout, this is the sound of three world class talents raising their respective games, as if trying to keep up with each other, creating something far greater even that the sum of their world-class parts.”
★★★★★  fRoots “Joyous, contemplative, playful, euphoric and bleakly beautiful album”
★★★★★★★★  UNCUT “It isn’t easy to pigeon-hole but it could just be one of the albums of the year”
★★★★  MOJO “Spits in the face of normal genre classifications…Enlightened and challenging, an Incredible String Band for a brave new world”
★★★★  Songlines “50 years ago the Incredible String Band emerged from the Scottish folk scene to create an extraordinary fusion of folk, acoustic pop and world music that was so singular, idiosyncratic and inimitable that the spirit of it’s magical, wide-eyed wonder has never since been matched. Until now perhaps, for this inspired Yorkston Thorne Khan teaming operates within a similarly eclectic and free-wheeling orbit”
★★★★ The Guardian “Bravely original Indian-folk-jazz fusion”

Their second, ‘Neuk Wight Delhi All-Stars’, has been received equally well. Released by Domino on April 7th 2017, it represents a confluence of currents, among them the north Indian sarangi; jazz-tinged bass, reminiscent in places of Danny Thompson; acoustic guitar that owes a debt to Elizabeth Cotton, Dick Gaughan and Mississippi John Hurt; and three very different vocalists. The combination is unusual: YTK’s Everything Sacred, released in 2016, may be the only precedent. Yet while, on paper, the constituent elements might seem disparate, the new album is, if anything, even more coherent than its predecessor.

★★★★★ fRoots “Brimming with confidence, ideas and musicianship, these Neuk Wight Delhi All-Stars are a band of brothers at the top of their collective game”

★★★★★ Soundblab “The rivers of musical currents run deep and pure as Scottish and Indian languages, swap sounds of sorrow with universal understanding”

★★★★ MOJO “The sound they conjure up is Heavenly”

Suhail plays the Sarangi, an instrument he describes basically as an “Indian ‘cello”. He comes from a rich musical background and within his family he is the eighth generation Sarangi player carrying on the tradition. Suhail descends from the Moradabad-Rampur and Senia Gharana of Miyaan Tansen. He is the grandson of renowned Sarangi legend Padmabhushan and Padmashree awardee Ustad Sabri Khan and nephew of the Sarangi genius Ustad Kamal Sabri.

Suhail is the recipient of many prestigious awards: The Best Instrumentalist Award by Chinmaya Center of Music, The Best Sarangi Player award by Expressions 2003 and 2004 at Pragati Maidan, The Best Emerging Musician at DPS Noida Thunder Festival, 2005, The Best Musician at Pepsi Storm held at Hamsadhwani theatre, Pragati Maidan, New Delhi. He also received the prestigious President`s Gold Medal in All India Radio competition held in 2004.

Jon Thorne is an English double bassist and composer.

Musically Jon is self-taught and started playing at the age of 23. He studied and played jazz for a number of years and considers legendary British bassist Danny Thompsonhis bass mentor. Jon has also been strongly influenced on bass by Charles Mingus. Renowned as a passionate, energetic and highly skilled performer, Jon Thorne’s career as a double bassist has spanned a broad range of the musical spectrum.

As bassist in the band Lamb between 1996-2016 he recorded 5 albums, toured 40 countries in 5 continents and played at most of the world’s leading festivals including Coachella, Roskilde, Wechter, Glastonbury, Montreux Jazz, North Sea Jazz and NYC Central Park Summerstage.

His first orchestral suite is entitled Watching the Well. It was a Manchester Jazz Festival commission, written for and featuring Danny Thompson, debuted at the Royal Northern College of Music in Manchester in 2007, and was released on the Naim label in November 2010 to strong critical acclaim.

‘The finest song-writer of his generation’ – John Peel

James Yorkston has been releasing a series of much acclaimed albums since 2001 and has toured the UK, North America and Europe, building a loyal and dedicated following. A popular figure in the contemporary music world and integral member of the much lauded Fence Collective, his style shows a mastery of folk traditions, often drawing on traditional songs, which has seen him collaborate with such heritage artists as the Waterson family, Martin Carthy and the late Bert Jansch. James Yorkston is a regular performer at festivals such as Green Man, Latitude, Bestival and Meltdown.

James has been featured twice on BBC2’s The Culture Show, has had a 20-minute documentary about him screened on Channel 4 and was a musical director for the BBC Electric Proms tribute to Lal Waterson. In 2011 his debut book ‘It’s Lovely to be Here – The Touring Diaries of a Scottish Gent’ was published by Faber, and his eighth album ‘The Cellardyke Recording and Wassailing Society’ was produced by Alexis Taylor (Hot Chip) and released in August 2014. In April 2016 Freight Books published James’ debut novel ‘3 Craws’. 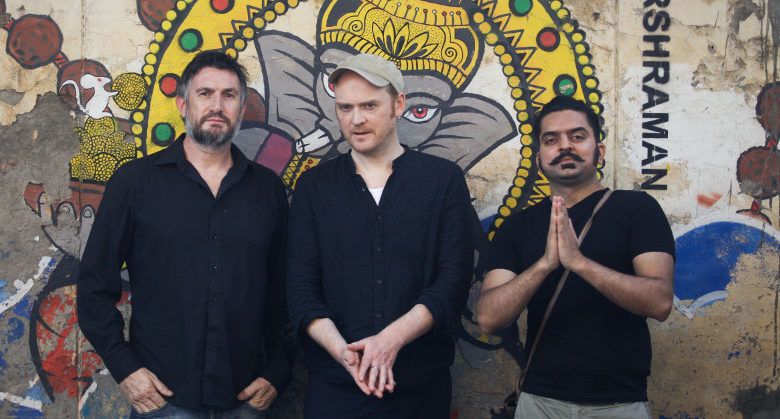