2020 saw THUMPER perform a blistering Eurosonic show, a sold-out Molotow Hamburg performance, and embark on a month-long UK/EU tour in support of their single Ad Nauseam.

This intense touring schedule was abruptly cut short in March due to the dreaded Covid19, however, the band channeled this momentum back into the studio. In June the single “Topher Grace” was released to critical acclaim – scoring extensive radio play on BBC6, Kerrang! & RadioX amongst others in the UK, as well as support from RTE and others at home in Ireland. It was also included on several Spotify and GooglePlay playlists, making the cover of Spotify’s The Punk List.

Now with several successful live-streamed shows under their belt (including a collaborative show with Damien Dempsey, a Waves Vienna festival show, and a headline show from the Button Factory hosted by HotPress) THUMPER set their sights on late 2021 – including a festival slot at Iceland Airwaves, an international tour, the announcement of a long-awaited debut LP AND A GIG AT OUR GAFF 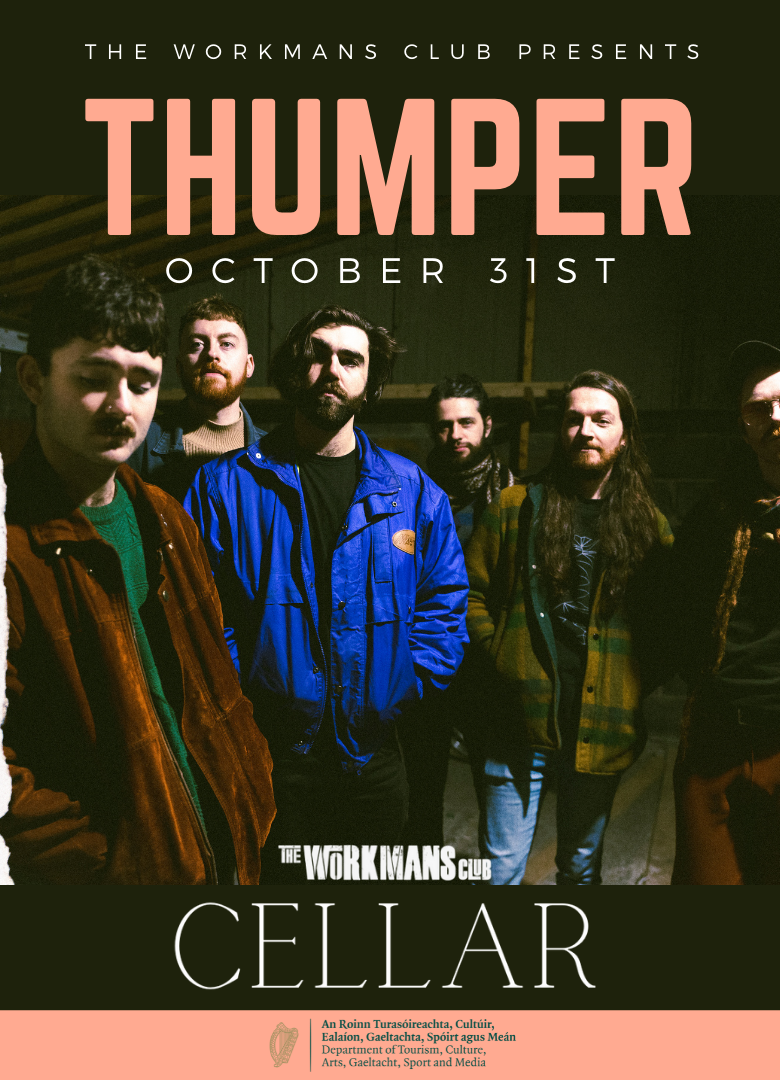