Tickets €5 on the door

‘Reign’ is the debut single from the bold bilingual alternative rock group; TOYGIRL. Set for
release on all major streaming platforms Friday 13th, September.
The song’s earliest conception came about in April 2018 when British/French frontwomen,
Hannah Worrall, was experimenting with bass and string loops on Garageband. The song
wasn’t finalised until much later in February of this year (2019) after the collaborative inputs
of Cork natives Aran Hopkinson (Bass), Cian O’Leary Hegarty (Drums), Ciaran Whelband
(Guitar) and Fiachra O’Mahony (Guitar).
The single is a sarcastic and passive aggressive presentation of the mask we all wear in order
to make others happy, and in attempts to convince ourselves of our own happiness. The
regal imagery accentuates the idea, that with great (self-induced) power comes great
responsibility. We all strive for normality to fit in and from that we lose everything that
makes us unique.
Reign was recorded in Temple Lane Studios with the help of engineers Jack Mulligan and
Tadgh Maw. The track was professionally Mixed by Stuart Grey at Jealoustown Studios and
Mastered by Billy Farrell at same.
Described by REMY Music as having “been blown away by TOYGIRL, their set was
outstanding, perfectly arced and teasing builds leading to spine-tingling crescendos. Main
vocals were highly impressive, ranging from sombre laments to soaring euphoria”
TOYGIRL are celebrating the release of their debut single with an Irish and UK tour, with
dates in Levis’s of West Cork (Sept 28th), the Roundy Cork city (Sept 29th), an Roisin Dubh in
Galway (Sept 30th), McHugh’s of Belfast (Oct 2nd) and the Workman’s Club Dublin (Oct 3rd).
The band have already performed at numerous notable venues including the Button
Factory, Whelan’s, the Workman’s Club, Drop Dead twice, the Crowbar, and more.
Instagram: https://www.instagram.com/toygirlband/
Facebook: https://www.facebook.com/TOYGIRLBAND/ 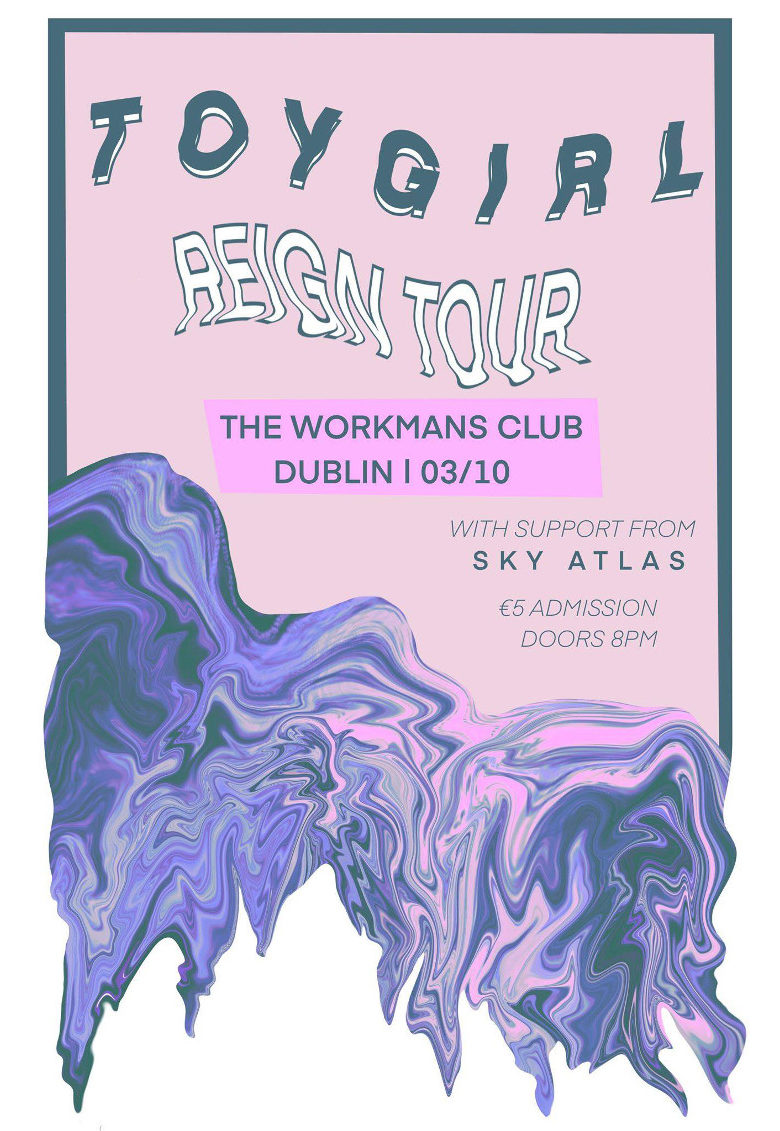