Describing his first solo record for nine years as “the most free I’ve felt making a record since my debut Small Moments”, David Kitt’s sense of freedom is bound up in themes of renewal, movement, and a constant reshaping of his musical preoccupations. The last number of years have seen him touring and recording as a member of Tindersticks, producing other musicians’ work, exploring techno, disco, and house under his New Jackson moniker, remixing everyone from Shit Robot to The XX, and producing intriguing, eclectic DJ sets and radio shows. All of these experiences have been brought to bear on his latest record ‘Yous’, which mingles a sense of freedom, and calm reflection, with an independent impulse. The record was largely done by Kitt at his Dublin home, in a “teeny attic room” although old friend and collaborator, Karl Odlum, pops up, and Margie Lewis’s violin plays a crucial role throughout the record. We can’t wait to hear it on the big stage!

Inni-K has garnered consistent praise for her distinct, fresh style since the release of acclaimed debut album ‘The King has Two Horse’s Ears’ in 2015 and most recently her new single ‘Edges’ released earlier this year. Her folk background is always identifiable but clearly this is an artist not afraid to explore into new musical territories. Inni-K’s mesmerising vocals set offset with tight musicianship and arresting stage craft create a musical experience, rich with spine-tingling tenderness.The artist’s journey to date has been a wild and enjoyable one; she has featured on Other Voices, and was requested by world renowned Malian kora master Toumani Diabaté to perform with him at Cork Opera House. Clearly, the word is out – this is one to watch! 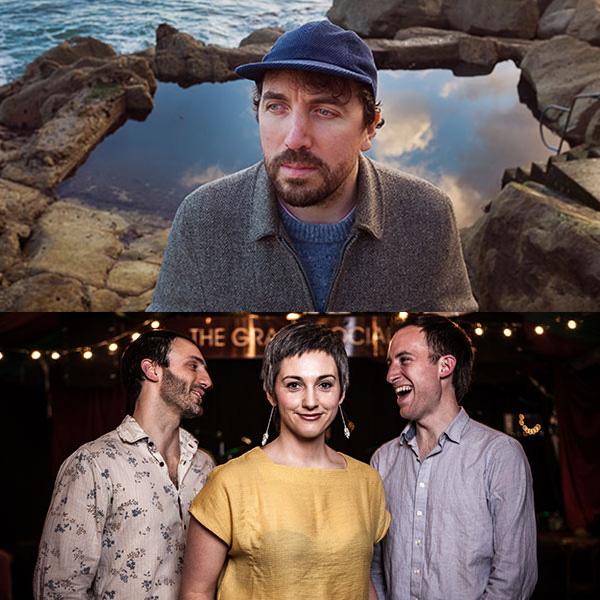