Support from David Clarke, previously in bands Uncool Uncool and Nibiru but now with a new set of tracks following his solo release ‘Solace EP

and support from Conor Eiffe with a live looped acoustic performance of hip hop, folk and post-punk influenced originals.

This gig is organised independently and all artists are independent. With your support we can continue to run gigs without industry backing. 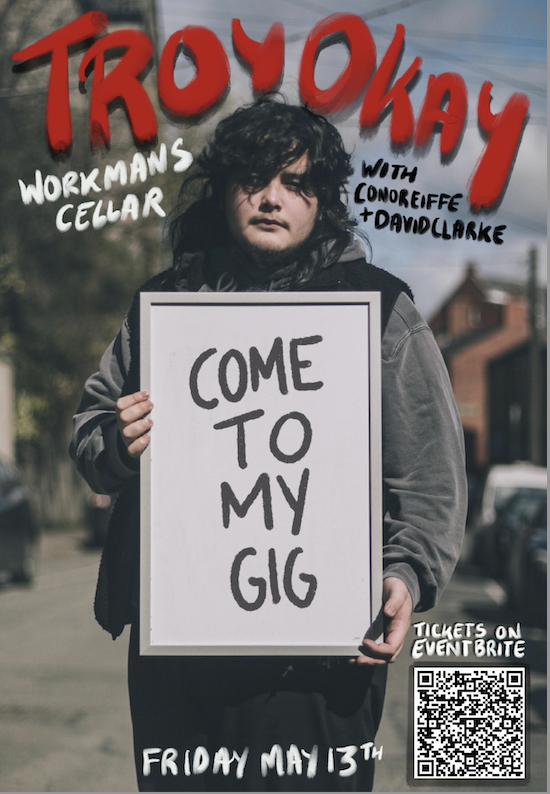