WE ARE Workman’s presents

Brought to you by Roe & Co

For what will be the band’s final concert of 2019, WE ARE Workman’s series are delighted to announce BRAVE GIANT for an intimate Christmas Special at The Workman’s Club on Saturday 28 December. Tickets at the special We Are Series price of €10 go on sale Thursday at 10am

To say 2019 has been kind to Brave Giant is an understatement. However, the year being kind also has something to do with the hard work and time invested by the four best friends from Drumlish in Co. Longford and the loyalty of the band’s growing number followers across the country.

Brave Giant’s debut album, White Pink + Blue, entered the official Independent album chart at No 1 in October and last month (9 November) the band played its biggest headline show to date at The Olympia Theatre before a SOLD OUT audience. The band’s tour this last month hit Limerick, Galway, Cork, Sligo, Belfast and Mullingar. In addition, Emmett, Mark, Podge and Ross also played in support of The Coronas at two sold out shows in The Hub Kilkenny and alongside Walking On Cars at Cork’s City Hall.

Earlier this year the band teamed up with one of the country’s most respected musicians and producers Gavin Glass of Orphan Recording to record this debut long play which entered at No 1 in the Official Independent Album chart last month. Gavin (producer) affectionately refers to the album sound as… “it’s like David Guetta meets The War On Drugs”.

All tracks were written by the band. Peter Ashmore joined Gavin Glass on recording duties at Orphan Recording and Hellfire Studios in the picturesque Dublin mountains. Additional production is by Brave Giant’s own Emmett Collum and the record is mastered by Stephen Ceresia at Stonyfield Mastering and the stunning artwork concept created by Mark Corry.

Two singles preceded the album’s release, Decorate Your Mind, described by Hot Press as “a powerhouse of a track, as anthemic and propulsive as it is dark and atmospheric.” stormed into the Top 3 on release in July and the lead single, Wizards and Witches, released in September has become a hugely popular live track too. “An inspiring, cascading indie-rock song, according to Hot Press. The most recent, Three Words spent 3 weeks on RTE 2FM’s A-List.

Festival highlights this year alone include a top-three billing performance at Kaleidoscope Festival and likewise in August on the main stage at Indiependence Festival 2019 together with #DDFIO (Dubai Duty Free Irish Open) festival in Lahinch, gave a storming, Day Tripper Festival in Waterford alongside Gavin James, Hudson Taylor.

Other live highlights from last year include sharing a stage with Hozier, Walking on Cars and other highly-respected Irish artists at the 2FM Christmas Ball at the 3Arena in December and opening band’s live record in London with three sell-out headline shows.

Since releasing its first commercial track in 2016 (‘Lordy Lordy’), Brave Giant has sold-out all its headline shows in Dublin and numerous across the country together with having a string of top 5 singles including The Time I Met The Devil and two number one’s with Way To Love and Somebody’s Someone. Not shy to festival season either, in the three years to date some of the band’s summer festival performances include Longitude, Sea Sessions, and Electric Picnic. Indeed in 2018, over 5,000 people turned out to see the band live in their home county at the Longford Town Festival. 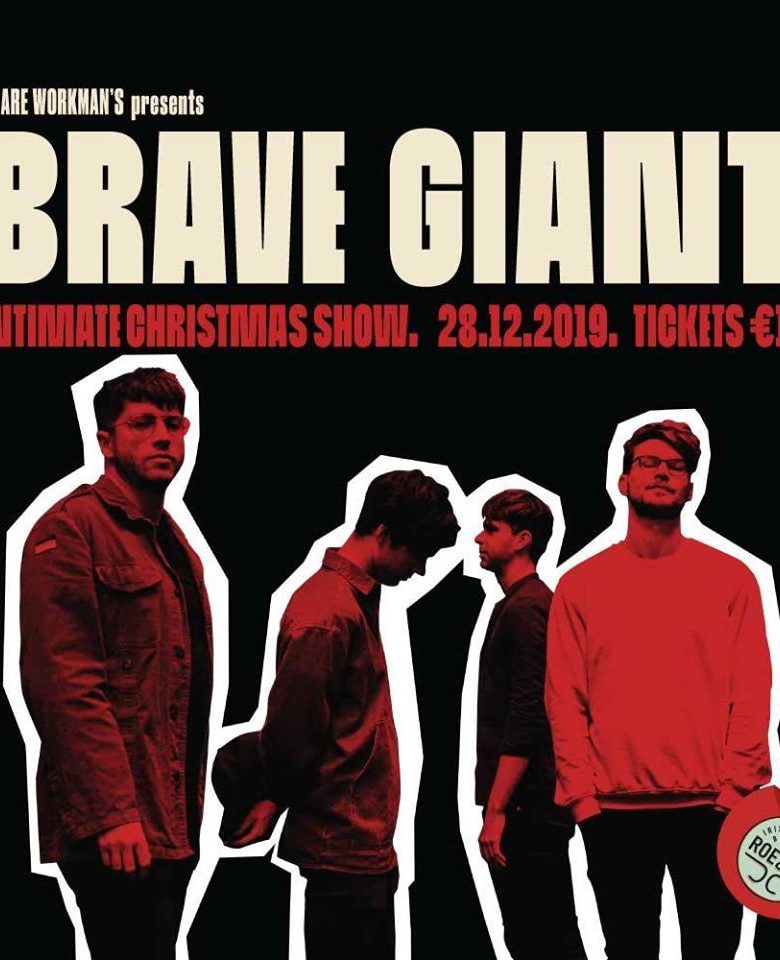